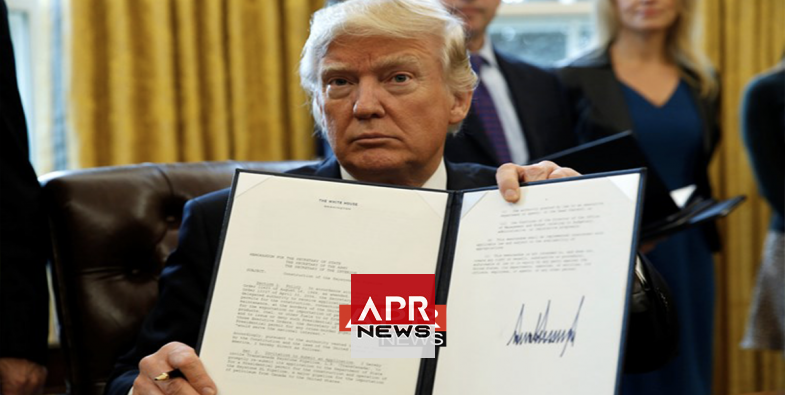 APRNEWS - US President Donald Trump has directed his administration to charge fees for asylum claims and handle cases within 180 days, the White House said in a statement Monday night.

The announcement came as Trump blasted what he described as the United States’ “weak, ineffective and dangerous” immigration laws on Twitter.

The memo outlined other changes including charging asylum seekers to file work permit applications, and barring people who enter the US illegally — or attempt to — from receiving temporary work permits before being approved for relief.

It also directed officials to revoke the work permits of immigrants who receive final deportation orders.

The order came two weeks after Attorney General Bill Barr directed immigration judges to no longer allow asylum seekers apprehended after entering the country illegally to post bail, according the US media reports.

Trump has staked his presidency on his insistence that the United States is being overrun by migrants and asylum seekers.

But opponents, mostly in the Democratic Party, say his push for building more barriers on the Mexican border and his almost daily denunciations of migrants as dangerous criminals incites racial hatred.

The president declared an emergency to bypass Congress and unlock billions of dollars in funding for his controversial wall project, and has also deployed troops to the border with Mexico.

United Kingdom : No more new petrol and hybrid cars from 2035
Prime Minister Boris Johnson is seeking to use the announcement to elevate...
810 vues
2

India : Exhausted Migrants Fell Asleep On Tracks. 17Run Over By...
Seventeen migrant workers in a group of 20 were killed after a cargo train...
751 vues
3

No fresh cases in 42 districts in 28 days, clinical trials for...
The Indian Council of Medical Research (ICMR) has received approval to...
639 vues