US slaps sanctions over Russia rights despite revived ties 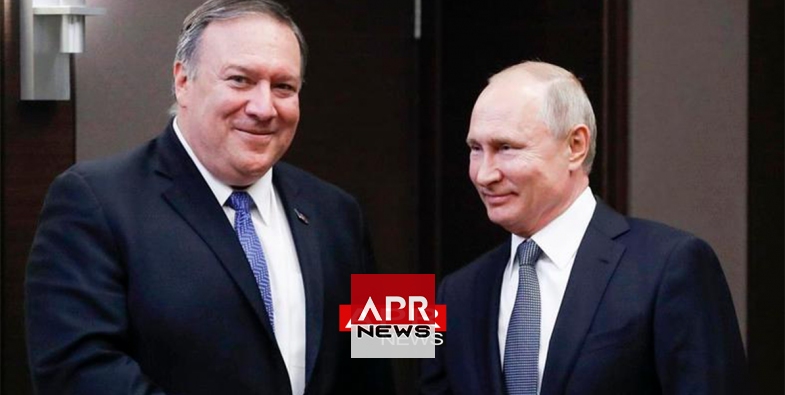 US slaps sanctions over Russia rights despite revived ties

APRNEWS - The United States on Thursday imposed sanctions on five Russians over abuses including the killing of a prominent opposition leader, days after top-level talks seemed to ease tensions between the powers.

The State Department highlighted the actions against the five people, plus one entity, as it submitted an annual report required by Congress on actions taken under a law over human rights in Russia.

The law, which blocks any US assets of blacklisted people and bars them from traveling to the United States, is named after Sergei Magnitsky, an anti-corruption accountant who died in custody in 2009.

Among the five newly blacklisted figures are Ruslan Geremeyev, an interior ministry official in the restive North Caucasus region of Chechnya who is close to its leader Ramzan Kadyrov.

The US Treasury Department said that Russian investigators twice tried but were blocked from bringing charges against Geremeyev as the possible organizer of the killing of Nemtsov — the most high-profile death of a dissident since Putin rose to power two decades ago.

The United States also slapped sanctions on two Russian investigators, Elena Anatolievna Trikulya and Gennady Vyacheslavovich Karlov, for allegedly concealing facts over the death and detention of Magnitsky, the accountant.

“Nearly 10 years after his death, we remain concerned by the impunity for this and other violent crimes against activists, journalists, whistleblowers and political opposition,” State Department spokeswoman Morgan Ortagus said in a statement.

She also voiced concern about “the intense atmosphere of intimidation for those who work to uncover corruption or human rights violations in the Russian Federation.”

The sanctions came just two days after Secretary of State Mike Pompeo met Putin in the Russian resort of Sochi, with both sides voicing optimism at finding areas on which to work together.

Pompeo said he still had deep disagreements with Putin but believed the two powers could cooperate on issues including finding a political settlement in war-ravaged Syria and seeking a denuclearization deal with North Korea.

Also hit with sanctions were the Terek Special Rapid Response Team in Chechnya and its commander, Abuzayed Vismuradov.

The Treasury Department said that the force had engaged in extrajudicial killings and torture, including in a crackdown on gay men that has drawn international condemnation.