US Senate Democrat report hits out at Putin's 'malign' threat 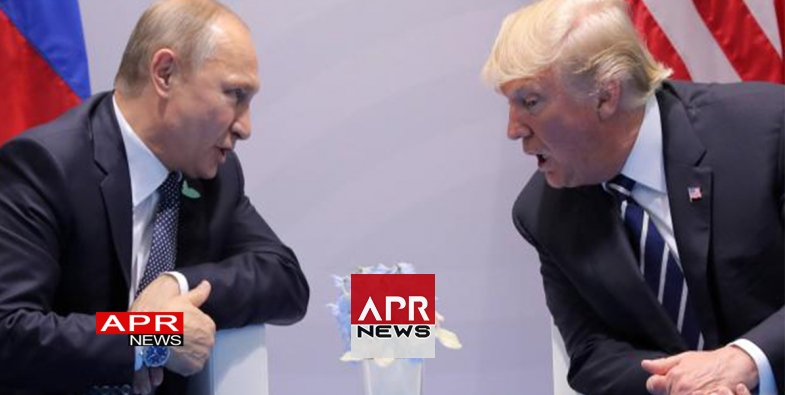 US Senate Democrat report hits out at Putin's 'malign' threat

A searing assessment released by Ben Cardin, top Democrat on the Senate Foreign Relations Committee, documented the extent of the Kremlin's "malign influence operations" including President Putin's meddling in the 2016 US election and western democracies.

Putin has spent some 20 years consolidating power, enriching himself and a tight circle of loyalists, and challenging European democracies and the foundation of the transatlantic US-European alliance, the report noted.

"If the United States fails to work with urgency to address this complex and growing threat, the regime in Moscow will become further emboldened," he added. "It will continue to develop and refine its arsenal to use on democracies around the world, including against US elections in 2018 and 2020."

But it also levels fiery criticism at Trump, saying he is not committed to addressing the crisis.

"Never before in American history has so clear a threat to national security been so clearly ignored by a US president," the report stated.

"President Trump has been negligent in acknowledging and responding to the threat to US national security posed by Mr. Putin's meddling."

The report was produced by the Senate Foreign Relations Committee's Democratic staff.

The panel's Republican chairman Senator Bob Corker was aware that the minority report was being drafted but was not involved in its creation, his office said.

The report landed at a time of heightened tensions in Washington over the ongoing investigation into Moscow's interference in US elections, and whether the Trump campaign colluded with Russia during the presidential race.

Special counsel Robert Mueller, a former FBI director, is heading up an independent probe, but the White House recently declined to say whether Trump would agree to be interviewed by Mueller about possible links between Russian activities and the Trump campaign.

While congressional Republicans remain hostile to Putin, they appear loathe to antagonize the commander in chief, who brands as "fake news" any accusations of collusion.

Instead they express support for the three ongoing congressional probes that were launched last year.

Democrats have expressed frustration at the slow pace of the work, and concern that Russia may seek to meddle in this year's party primaries and the mid-term elections that follow in November.

"A year has gone by, and there have been no consequences whatsoever for those who attacked American democracy," Eliot Engel, the ranking Democrat on the House Foreign Affairs Committee, complained on Tuesday.

One theme that threads through the report is that European nations, notably the Nordic states and France, are countering Russian aggression more forcefully than the United States.

"France and its new president Emmanuel Macron -- himself a target of cyber hacking and disinformation -- are emerging as strong voices against Russian government interference and have played a leading role in Europe to resist Kremlin meddling," the report states.