US ready to talk to N. Korea at right time: Seoul 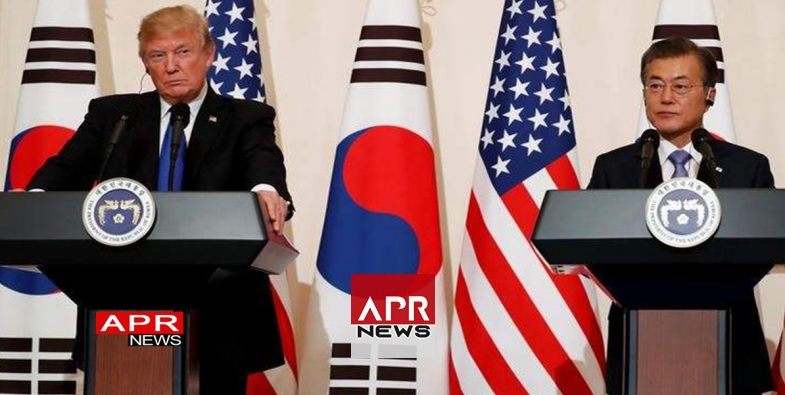 US ready to talk to N. Korea at right time: Seoul

The comments during a phone call between President Donald Trump and his South Korean counterpart appeared to build on progress as Seoul and Pyongyang held their first formal talks in more than two years, following high tensions over the North's nuclear weapons programme.

North Korea agreed to send athletes to the Winter Olympics in the South next month and the two rivals also decided to hold military talks and to restore a military hotline closed since February 2016.

The US has cautiously welcomed the talks, but warned that the North's invitation to the Games must not undermine international efforts to isolate Kim's regime.

"At appropriate times and circumstances, the United States is open if North Korea wants to talk," Trump told South Korean President Moon Jae-In according to the presidential Blue House in Seoul.

The US leader also denied American media reports he was considering launching a strike against North Korea, stressing "there will be no military action during the inter-Korean dialogue".

The United States and South Korea agreed last week to delay their joint military exercises until after the Games, apparently to help calm nerves.

Trump and North Korean leader Kim Jong-Un have until now repeatedly traded threats of war and personal insults, with Kim sparking yet more verbal clashes with Washington after warning in his New Year speech he had a "nuclear button on my desk".

However, Kim's speech also made an offer of high-level dialogue, to which Seoul responded.

The Blue House said Trump and Moon agreed in the 30-minute call that the inter-Korean talks would extend beyond the Winter Olympics and would "naturally lead to a dialogue between the two Koreas for the denuclearisation of the Korean peninsula".

However, it remains unclear when proposed military talks -- which would be the first of their kind since 2014 -- would be held.