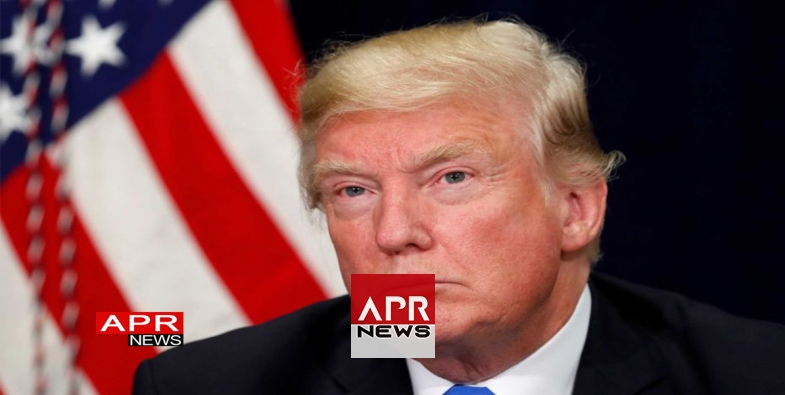 NEWS.COM - A LAST ditch battle to avert a looming US government shutdown moved to the Senate overnight, where Democrats angered by the collapse of immigration talks have vowed to block a stopgap funding bill.

With the federal government set to run out of money Friday at midnight local time (4pm Saturday AEST) -- the eve of the one-year anniversary of President Donald Trump’s inauguration — the bill cleared the House with a 230-197 vote.

But prospects appeared gloomy in the Senate, where Democrats eager for leverage on budget and immigration deals were intent on shooting it down.

“Government Funding Bill past (sic) last night in the House of Representatives. Now Democrats are needed if it is to pass in the Senate — but they want illegal immigration and weak borders. Shutdown coming? We need more Republican victories in 2018!” Trump tweeted Friday morning local time.

Democrat Senate Minority Leader Chuck Schumer said that if agreement is not reached by Friday night local time deadline, there should be an even shorter-term funding measure that would “give the president a few days to come to the table.”

Mitch McConnell, the Senate Republican Majority Leader, said the House bill provides for four weeks of funding, enough to allow talks to continue “without throwing the government into disarray for no reason.”

“The leader is looking to deflect blame, but it just won’t work,” said Schumer.

“It is risky. It is reckless. And it is wrong.”

Trump — who Schumer said “is like a Sphinx on this issue” -- started on Thursday adding to the chaos gripping Washington, weighing in on the intense Republican manoeuvring aimed at avoiding a politically embarrassing funding debacle.

After a burst of tweets he second-guessed top Republican politicians and slapped down his own chief of staff, who had been leading a White House push on Capitol Hill for a budget compromise.

Arriving at the Pentagon for a visit, Trump told reporters the government “could very well” shut down Friday.

In the event the funding dries up, federal employees for agencies considered non-essential will be ordered to stay home until a budget deal is struck, at which point they are paid retroactively.

Key government bodies such as the White House, Congress, State Department and Pentagon would remain operational, but would likely furlough some staff.

The military would still report for duty, but troops — including those in combat — would potentially not be paid.

The finger-pointing had already begun, with each side blaming the other for a failure to reach a budget compromise after three previous funding extensions.

“A government shutdown will be devastating to our military ... something the Dems care very little about!” Trump tweeted Thursday morning.

And yet in another tweet, Trump criticised the Republican short-term funding measure, opposing a sweetener intended to make it hard for Democrats to vote against it.

The sweetener is a six-year extension of CHIP, a popular children’s health insurance program which Democrats have worked hard to protect.

Up against a similar deadline last month, politicians passed a short-term resolution to keep the federal government funded until January 20.

If the Republican-led measure fails, Democrats will gain greater leverage to insist on a funding compromise that includes protection from deportation for the so-called “Dreamers,” the estimated 700,000 immigrants brought to the United States illegally as children.

Friday morning local time, Paul Ryan hit out at the Democrats on Twitter, accusing them of “taking funding for the government and funding for our troops hostage” over “unrelated policy.”

“They are treating our men and women in uniform like bargaining chips,” he fumed.

Negotiations on a bipartisan compromise that includes a solution for the “Dreamers” program collapsed in acrimony at a White House meeting last week.