UK's May to request short delay to Brexit, say reports 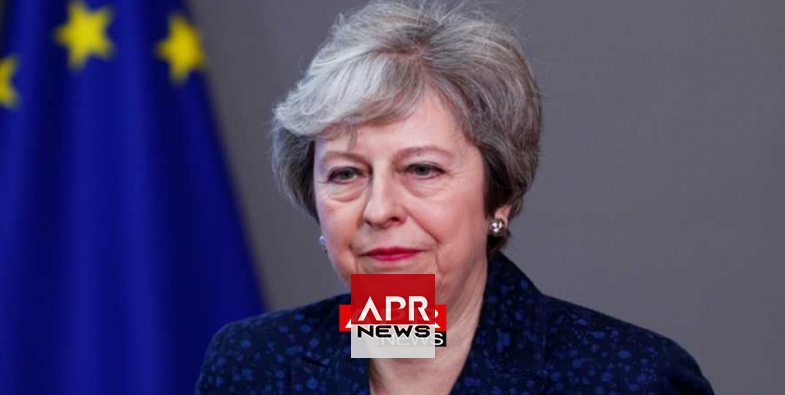 UK's May to request short delay to Brexit, say reports

APRNEWS - British Prime Minister Theresa May will request a short delay to Brexit in a letter to the European Union on Wednesday, the BBC and Sky reported on Wednesday.

The delay, nearly three years since the United Kingdom voted to leave the European Union, leaves the Brexit divorce uncertain with options including leaving with May's deal, a longer delay, a disruptive exit, or even another referendum.

Just nine days before the March 29 exit date that May set two years ago by serving the formal Article 50 divorce papers, May is due to write to European Council President Donald Tusk to ask for a delay.

But the ultimate length of the delay was unclear amid the political chaos in London, with the BBC reporting that May would not ask for a long delay. A spokeswoman in May's Downing Street office did not immediately comment on the reports.

The divorce deal May agreed with the EU in November has been defeated twice by parliament though May hopes to put the deal to another vote, possibly as early as next week.

May has warned that if parliament did not ratify her deal, she would ask to delay beyond June 30, a step that Brexit's advocates fear would endanger the entire divorce.

Exasperated European leaders are now demanding London tell them clearly what it wants, warning that the risk still remains that Britain could crash out of the bloc in nine days, ending its 46-year membership without formal arrangements.

Michel Barnier, the European Union's chief negotiator, warned on Tuesday that any extension of the Brexit talks would have "political and economic costs" for the remaining 27 EU states.

"A long extension... should be linked to something new, a new element or new political process," Barnier told reporters, urging May to secure the backing of the British parliament for any request.

"How can we ensure that, at the end of a possible extension, we are not back in the same situation as today?" he asked.

EU exasperation over the UK’s Brexit process was evident over the weekend when French European Affairs Minister Nathalie Loiseau told the weekly paper, Journal du Dimanche, that she had named her cat “Brexit” due to its indecisiveness. “He wakes me up every morning miaowing to death because he wants to go out, and then when I open the door he stays in the middle, undecided, and then gives me evil looks when I put him out."

The British premier is struggling to keep control of the Brexit process after MPs last week decisively rejected her divorce deal for a second time.

She has reluctantly accepted that Brexit must be postponed, amid fears of an economic shock if Britain ends its membership of the EU with no new arrangements in place.

But she said that if MPs backed her deal this week, it might only be a short delay to ratify the text.

This plan was scuppered on Monday when Speaker John Bercow delivered a surprise ruling that she could not keep bringing her deal back to MPs without changes.

But May had been by no means certain of getting her deal through parliament this week, as many Brexit-supporting MPs believe it keeps Britain too closely aligned to the EU.

Talks continue with the aim of persuading MPs in her Conservative party and their Northern Irish allies, the Democratic Unionist Party (DUP), to back the text.

There is speculation too that any EU deal she strikes on delaying Brexit might be enough of a change to persuade Bercow to allow another vote on it next week.

In Berlin, German Chancellor Angela Merkel said: "I will fight to the last hour of the deadline on March 29 for an orderly exit.

"We don't have a lot of time for it, but still have a few days."

But an aide to French President Emmanuel Macron warned: "An extension is not for certain or automatic."

'Only deal on the table'

The speaker's ruling added further drama and complexity to an already chaotic Brexit process that has exposed deep rifts in parliament.

MPs still cannot agree how to implement the 2016 referendum, reflecting how voters remain divided almost three years after they voted 52 to 48 percent for Brexit.

May continues to insist that her agreement, covering citizens' rights, Britain's financial settlement, plans for the Irish border and for a post-Brexit transition period, is a good compromise.

She sought and obtained clarifications on the operation of the so-called Irish border "backstop" to appease some of her MPs but some still want more.