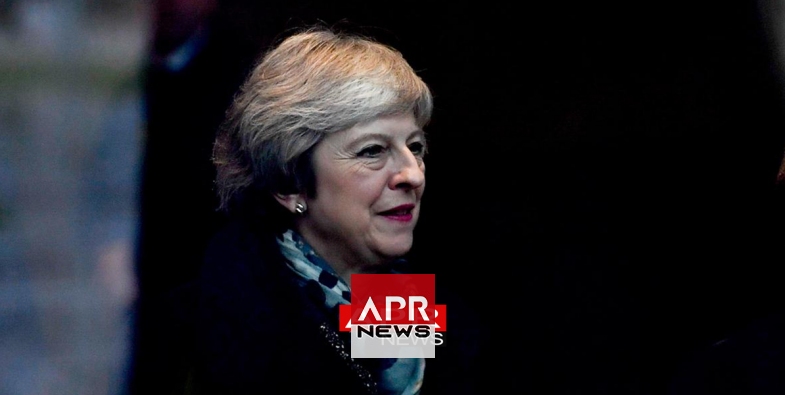 APRNEWS - Prime Minister Theresa May faced a no-confidence vote on Wednesday after dozens of MPs from her own Conservative Party called for one in the wake of her desperate decision to delay a vote on Brexit she was certain to lose.

Graham Brady, the head of the party committee in charge of elections, said the vote by Conservative Party lawmakers will be held between 6:00 pm and 8:00 pm (1800 and 2000 GMT) on Wednesday.

The results will be "announced as soon as possible in the evening," he said.

If May loses that vote, a leadership election is held and, if a new party leader is elected, he or she becomes the new prime minister.

The fate of both her unpopular draft withdrawal agreement and her government are now in the balance with the clocking ticking down to Britain's March 29 departure from the European Union after 46 years.

The no-confidence vote was triggered after months of plotting by Brexit-supporting Conservative MPs to collect the minimum 48 letters from MPs necessary to trigger a vote.

Several past members of May's government -- including former foreign minister Boris Johnson -- have had their eyes on the premiership post.

If May survived the motion, no second one could be taken by party members for another year.

Several top members of her cabinet quickly rallied to her support.

Javid himself has been mentioned as a possible replacement for May.

"Will be seen as self-indulgent and wrong. PM has my full support and is best person to ensure we leave EU on 29 March," Javid wrote.

Irish border row
The British leader toured European capitals on Tuesday in an attempt to salvage the deal, after MPs savaged its provisions on the issue of the Irish border.

May said she wanted "assurances" from EU leaders that if Britain ever entered the so-called "backstop" arrangement for the border, this would only be "temporary".

She received sympathy from EU partners but firm rejections of any attempt to reopen the agreement, which was approved by EU leaders last month following tortuous negotiations.

German Chancellor Angela Merkel said after meeting May that there was "no way to change" the deal.

'Down to the wire'
May on Monday told MPs she was postponing a critical vote on the deal scheduled for Tuesday, admitting that it faced rejection and promising to consult EU leaders in an effort to get additional reassurances on the backstop.

She has said the vote will now be held before January 21.

On her whistlestop tour, she also met Dutch Prime Minister Mark Rutte and is headed to Dublin on Wednesday for talks with Irish Prime Minister Leo Varadkar before an EU summit on Thursday.

"I doubt if she really knows what she's going to achieve," said Pippa Catterall, professor of history and policy at the University of Westminster.

Catterall said that May could be trying "to take it down to the wire... so in the end parliament is faced with the choice: my deal or no deal".

After her weekly Prime Minister's Questions at 1200 GMT, May will chair her first cabinet meeting since she announced the vote delay where ministers will discuss stepping up preparations for a no-deal Brexit.

If no deal is approved by parliament, Britain will crash out of the European Union on March 29 -- a prospect that could trigger economic chaos.

Government in 'disarray'
Even if May survives Wednesday's vote and potential leadership challenge, she could face a no-confidence motion from opposition parties.

The main opposition Labour Party has said the government is in "disarray" but is so far holding off on attempting to topple May.

The Scottish National Party and the Liberal Democrats, which are both anti-Brexit, have urged Labour to do so and are hoping this could lead to a second referendum.

A few EU supporters within May's own Conservative Party are also calling for another popular vote, while Brexit hardliners are urging fellow Conservatives to oust her.

A lot will hinge on what the Democratic Unionist Party, whose 10 MPs prop up the government, will do.

The DUP have indicated they will not vote against May on a confidence motion for now but have demanded that she jettison the backstop.