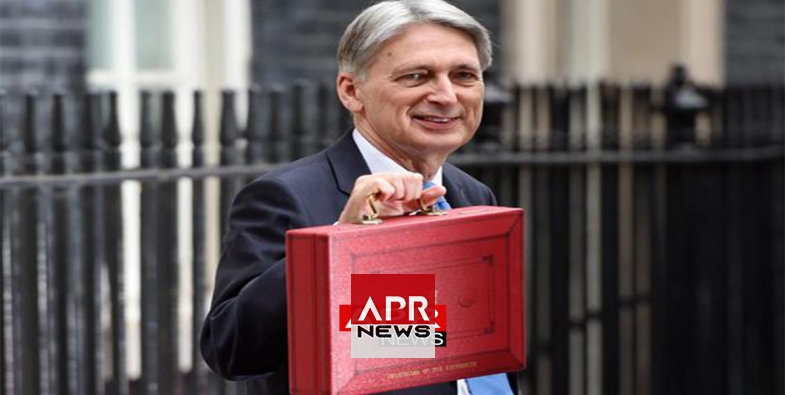 APRNEWS - British finance minister Philip Hammond on Wednesday updates the government's spending and tax plans that depend heavily on the nature of Brexit.

The Spring Statement, an update on the main annual budget announcement last October, comes less than 24 hours after British MPs vote Tuesday on whether to back Prime Minister Theresa May's Brexit deal or risk a 'no deal' departure on March 29.

May has secured last-minute changes to the deal from the European Union, hoping they will be sufficient to win parliament's backing.

But in a blow to her amendments, the UK government's chief legal advisor said the legal risk of Britain being stuck in EU trade arrangements after Brexit fundamentally "remains unchanged".

Now parliament must vote on whether it is a risk worth taking to allow for an orderly exit from the EU.

In a weekend interview with the Financial Times, Chancellor of the Exchequer Hammond argued that a smooth departure from the European Union could see a bounce in Britain's economy, that risks falling into recession should 'no deal' occur according to some analysts.

Hammond has hinted that an orderly exit would enable him to release vast sums set aside in case of a chaotic departure.

The Financial Times said that Brexit contingency of about £15.4 billion ($20 billion, 17.8 billion euros) could be further boosted by better-than-expected tax receipts for the government.

Spending the money on improving public services such as education and health could help reverse years of state austerity that followed the global financial crisis.

Alongside the budget update, Hammond will give the government's latest forecasts for British economic growth.

These are set to be downwardly revised from the outlook given in October after the Bank of England (BoE) recently slashed its own forecasts for UK output this year, even taking into account an orderly Brexit.

The data "is a reassuring sign that, up until January at least, the UK economy was weathering the political crisis at home and slowdown overseas pretty well", said economist Andrew Wishart at Capital Economics research group.

"While the rolling three-month growth rate remained at 0.2 percent, that is no worse than the figure the eurozone posted" in the fourth quarter, he added.

Analysis of the UK's economic outlook, including from the BoE, suggests that not everything can be blamed on Brexit.

"Rather than Brexit uncertainty, we should be talking about eurozone uncertainty given that Germany is flirting with recession and Italy is in recession," VTB Capital economist Neil MacKinnon told AFP.

Global economic sentiment has taken a knock also from China's slowdown and trade war tensions between Washington and Beijing.

"A disorderly Brexit would likely lead to lower economic growth forecasts and leave less available for" British state expenditure, said analysts at Barclays, adding that the bank expects the UK economy to "likely fall into recession in case of a no deal".

Barclays added in a client note: "The Spring Statement would normally have been a good opportunity to... present longer-term plans of the spending review which will allocate departmental funding for the 2020/21 and possibly beyond.

"However, this may be delayed given Brexit uncertainty" and likely instead presented ahead of the next annual budget in late 2019.