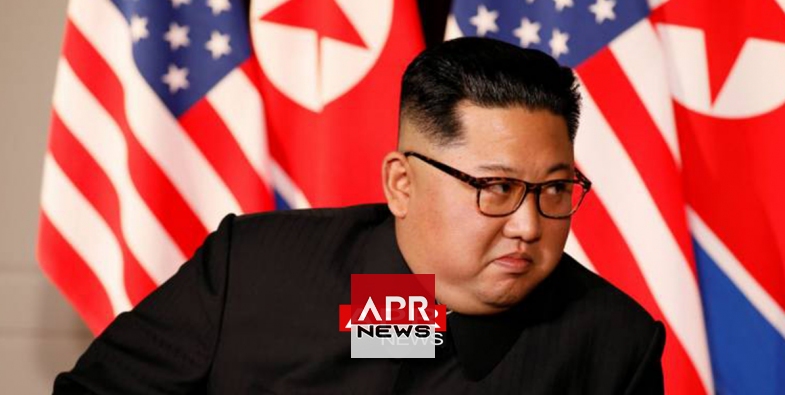 The meeting, their second since June, held in the border village of Panmunjom in the demilitarized zone (DMZ), was designed to follow on from an inter-Korean summit in April at which leaders of the two Koreas agreed to defuse tensions and halt “all hostile acts.”

North Korean leader Kim Jong Un also vowed during his separate summit with U.S. President Donald Trump in Singapore last month to work toward denuclearization, but there has not been a concrete agreement to accomplish that goal.

Kim Do-gyun, the South’s chief negotiator who is in charge of North Korea policy at the defense ministry, told reporters before leaving for the DMZ that he would make efforts to craft “substantive” measures to ease tensions and build trust.

The two sides are expected to discuss a possible cut in firearms and personnel stationed at the DMZ, as well as a joint excavation of the remains of soldiers killed in the 1950-53 Korean War.

South Korea’s defense ministry said last week it plans to reduce guard posts and equipment along the heavily fortified border as an initial step to implement the agreement.

Ahn Ik-san, the general leading the North Korean delegation at the military talks, noted South Korean news reports suggesting that he might try to persuade the South to push for a joint declaration with the United States to formally end the war.

“Before determining whether it is true or not, I realized the people of the North and South regard our talks as important,” Ahn said at the start of the meeting.

“And it also emphasized the sense of duty of the times, and the role given to the military in the efforts of the North and South for peace and prosperity.” 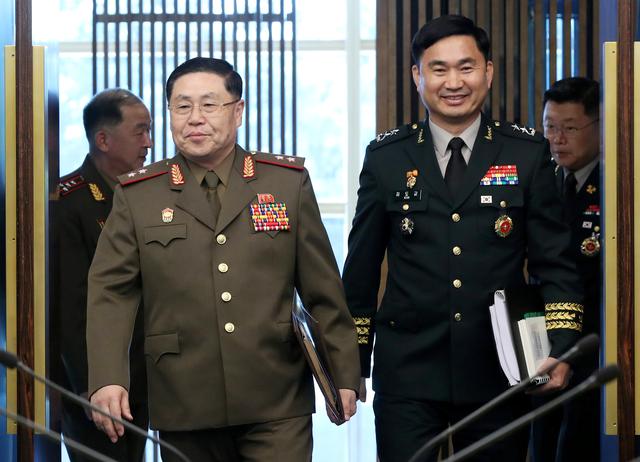 The Korean War ended in an armistice, not a peace treaty, leaving the U.S.-led United Nations forces including South Korea technically still at war with the North.

Pyongyang sees an official end to war as crucial to lowering tensions. It accused U.S. Secretary of State Mike Pompeo of making a “gangster-like” demand for denuclearization during his visit to Pyongyang earlier this month, while rejecting its wish to discuss declaring an end to the conflict.

The U.S. State Department has said it is committed to building a peace mechanism in place of the armistice when the North denuclearizes.

The two discussed various bilateral issues, officials said, but neither Beijing nor Seoul confirmed whether they discussed a declaration ending the war.

A senior official at South Korea’s presidential Blue House said Seoul is open to China’s involvement in any peace agreement, but said no decisions had been made.

Trump declared soon after his summit with Kim that North Korea no longer posed nuclear threats, but Pyongyang has offered no details on its plan to denuclearize and subsequent talks have not gone smoothly.

The North’s state media has in recent days chastised the South for failing to move more swiftly to improve inter-Korean relations while paying too much heed to Washington.

The Rodong Sinmun, North Korea’s official party newspaper, on Tuesday accused Seoul of “wasting time” waiting for sanctions to be lifted only after denuclearization is completed, without “taking a single action” on its own.

It called for steps to facilitate a restart of the previously jointly-run but now closed programs, such as the Kaesong Industrial Complex and tours to the North’s Mount Kumgang resort.

Seoul has said those projects can be resumed when there is progress on Pyongyang’s denuclearization and sanctions are eased.

North Korea’s propaganda website Uriminjokkiri also criticized South Korea for its stance of keeping sanctions on Tuesday, saying “sanctions and conversation cannot exist side by side.”