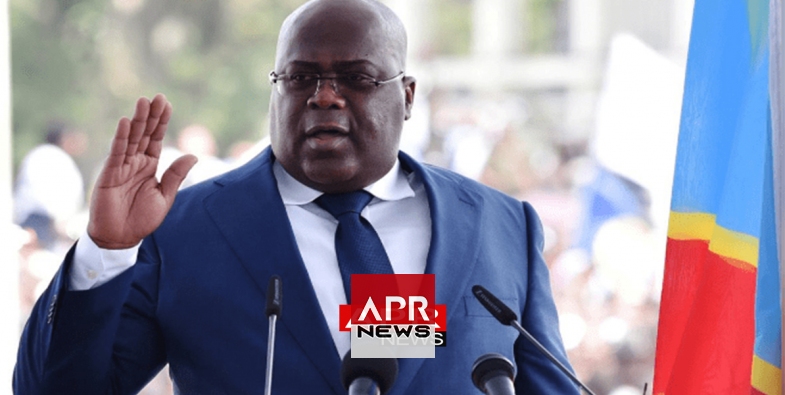 APRNEWS - Democratic Republic of Congo President Felix Tshisekedi on Monday cautioned the country's newly elected provincial governors, many allied to his predecessor Joseph Kabila, to align themselves to his vision and steer clear of corruption.

"First of all, I would like to remind you that you are the worthy representatives of the president of the republic in your respective provinces. This requires you to adopt exemplary behaviour in the management of your respective entities," Tshisekedi told a seminar for 23 governors elected last month.

"This also means you must develop your programmes... by incorporating my vision which seeks the comprehensive development of our country."

Most of the 23 governors come from the pro-Kabila Common Front for Congo (FCC) coalition.

Kabila, who had been in power for 18 turbulent years, yielded power to Tshisekedi after December elections in the first peaceful change of power since the country's independence from Belgium in 1960.

Another opposition candidate, Martin Fayulu, disputes the legitimacy of the December 30 elections and claims his rivals stitched up a deal to keep him out of power.

The imbalance has left Tshisekedi, inaugurated on January 24, unable to appoint a prime minister of his choosing, and delayed planned policy changes.

Tshisekedi and Kabila have agreed to form a coalition government.

"I will fight with all my energy against corruption, the misappropriation of public money, tribalism, nepotism (and) bribery," Tshisekedi told the governors.

Having visited several provinces recently, he said he was "shocked by the administrative, police, and military harassment facing the population."

United Kingdom : No more new petrol and hybrid cars from 2035
Prime Minister Boris Johnson is seeking to use the announcement to elevate...
712 vues
2