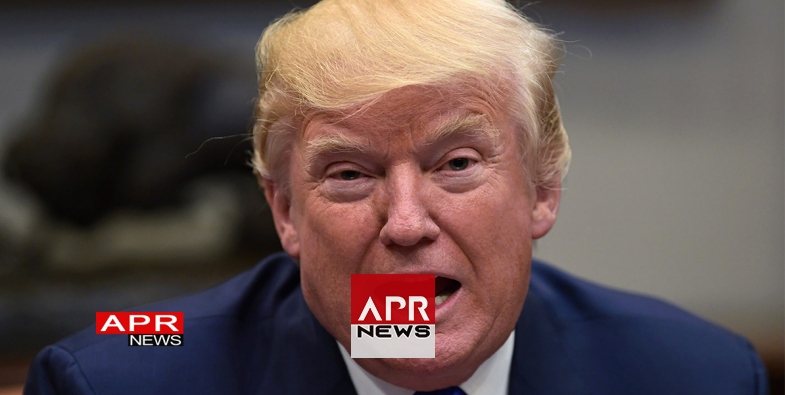 AFP - President Donald Trump reportedly lashed out in a Thursday meeting with lawmakers about immigration reform, demanding to know why the US should accept citizens from what he called "shithole" countries.

The comments, first reported by The Washington Post, sparked anger among Democrats and Republicans and revived questions about Trump's tendency to make racially charged remarks.

Trump sat down with senators and congressmen at the White House to discuss a proposed bipartisan deal that would limit immigrants from bringing family members into the country, and restrict the green card visa lottery in exchange for shielding hundreds of thousands of young immigrants from deportation.

"Why are we having all these people from shithole countries come here?" Trump said, according to people briefed on the meeting who spoke with The Washington Post.

The president was referring to African countries and Haiti, both newspapers said, with the Post including El Salvador on its list.

Trump then suggested the United States should welcome immigrants from places like Norway, whose prime minister met with Trump on Wednesday.

Republican Senator Lindsey Graham and Democratic Senator Dick Durbin came to the White House to outline their bipartisan compromise, but found themselves in the room with several Republican immigration hardliners.

Graham and Durbin are leading efforts to codify protections for so-called "dreamers", immigrants who came to the United States illegally as children.

In exchange, the deal would end extended family "chain migration".

It also reportedly would cut the visa lottery program by half and prioritize certain countries in the system, instead of scrapping it altogether as several Republicans have suggested as part of an agreement.

The president and lawmakers are in the midst of intense negotiations about how to shield nearly 800,000 "dreamers" from deportation.

Last year, Trump scrapped the Obama-era Deferred Action for Childhood Arrivals (DACA) program that protected the immigrants, and set a deadline of March 5 for Congress to legislate a fix.

The White House did not deny the account of Trump's use of language, but instead suggested the president was "fighting for permanent solutions" that strengthen the nation, in part through the use of a merit-based immigration system.

"He will always reject temporary, weak and dangerous stopgap measures that threaten the lives of hardworking Americans, and undercut immigrants who seek a better life in the United States through a legal pathway."

In the past year, Trump has raised eyebrows with his stance on sensitive race issues in America.

He has denounced NFL players who kneel during the national anthem in protest at police brutality against African Americans, and made questionable comments about a white supremacist rally in Virginia that turned violent.

The New York Times recently reported that Trump had said in a separate June meeting on immigration that Haitians "all have AIDS", citing a person who attended the meeting. The White House denied those comments.

Democrats seized on Trump's slur against Haitians and Africans to suggest he is anti-immigrant or worse.

"We can now we say with 100% confidence that the president is a racist who does not share the values enshrined in our Constitution."

Congresswoman Jan Schakowsky chimed in: "Just when you thought Donald Trump could not get any more racist, he digs down to an even deeper low."

Some Republicans were also unhappy.

Mia Love, a congresswoman from Utah who is of Haitian descent, called Trump's reported comments "unkind" and "divisive", and demanded an apology.

"This behavior is unacceptable from the leader of our nation," Love said in a statement.

South Carolina's Tim Scott, the only black Republican senator, said that if Trump really did use those words it would be "disappointing".

"The American family was born from immigrants fleeing persecution and poverty and searching for a better future," Scott said in a statement. "Our strength lies in our diversity, including those who came here from Africa, the Caribbean and every other corner of the world."

"To deny these facts would be to ignore the brightest part of our history."

Former Florida governor Jeb Bush, one of the failed Republican primary contenders against Trump in 2016, blasted the president and said his comments smacked of racism.

"For every one step forward @POTUS takes when it comes to judgement and good, coherent policy decisions, he Inexplicably and without fail takes ten steps back. I hope today's comments were just a crass and flippant mistake, and do not reflect the hateful racism they imply," Bush wrote.

Bush added that America needs "talented, freedom-loving individuals from across the globe, whether they are from Haiti, Norway or anywhere else."

United Kingdom : No more new petrol and hybrid cars from 2035
Prime Minister Boris Johnson is seeking to use the announcement to elevate...
309 vues
2

India : Exhausted Migrants Fell Asleep On Tracks. 17Run Over By...
Seventeen migrant workers in a group of 20 were killed after a cargo train...
175 vues
4

No fresh cases in 42 districts in 28 days, clinical trials for...
The Indian Council of Medical Research (ICMR) has received approval to...
140 vues