Trump to issue around 100 pardons and commutations Tuesday, sources say 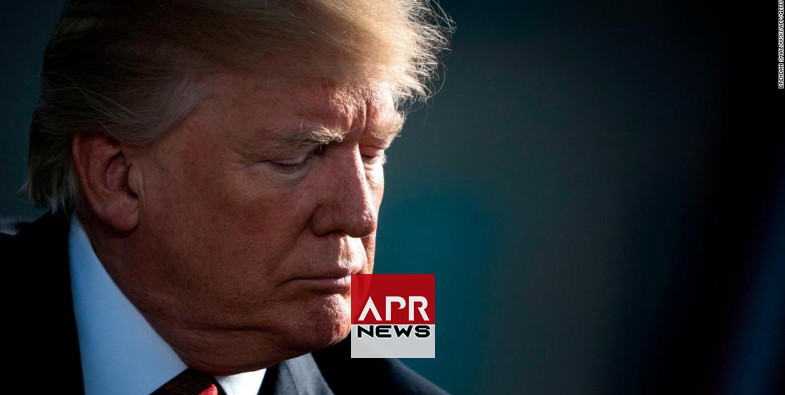 Trump to issue around 100 pardons and commutations Tuesday, sources say

President Donald Trump is preparing to issue around 100 pardons and commutations on his final full day in office Tuesday, according to three people familiar with the matter, a major batch of clemency actions that includes white collar criminals, high-profile rappers and others but -- as of now -- is not expected to include Trump himself.

The White House held a meeting on Sunday to finalize the list of pardons, two sources said.

Trump, who had been rolling out pardons and commutations at a steady clip ahead of Christmas, had put a pause on them in the days leading up to and directly after the January 6 riots at the US Capitol, according to officials.

Aides said Trump was singularly focused on the Electoral College count in the days ahead of time, precluding him for making final decisions on pardons. White House officials had expected them to resume after January 6, but Trump retreated after he was blamed for inciting the riots.

Initially, two major batches had been ready to roll out, one at the end of last week and one on Tuesday. Now, officials expect the last batch to be the only one -- unless Trump decides at the last minute to grant pardons to controversial allies, members of his family or himself.

The final batch of clemency actions is expected to include a mix of criminal justice reform-minded pardons and more controversial ones secured or doled out to political allies.

The pardons are one of several items Trump must complete before his presidency ends in days. White House officials also still have executive orders prepared, and the President is still hopeful to declassify information related to the Russia probe before he leaves office. But with a waning number of administration officials still in jobs, the likelihood that any of it gets done seemed to be shrinking.

The January 6 riots that led to Trump's second impeachment have complicated his desire to pardon himself, his kids and personal lawyer Rudy Giuliani. At this point, aides do not think he will do so, but caution only Trump knows what he will do with his last bit of presidential power before he is officially out of office at noon on January 20.

After the riots, advisers encouraged Trump to forgo a self-pardon because it would appear like he was guilty of something, according to one person familiar with the conversations. Several of Trump's closest advisers have also urged him not to grant clemency to anyone involved in the siege on the US Capitol, despite Trump's initial stance that those involved had done nothing wrong.

"There are a lot of people urging the President to pardon the folks" involved in the insurrection, Trump ally Sen. Lindsey Graham said Sunday on Fox News. "To seek a pardon of these people would be wrong."

One White House official said paperwork had not yet been drawn up for a self-pardon.

Still, Trump is expected to leave the White House on January 20 and could issue pardons up until noon on Inauguration Day.

Other attention-grabbing names, like Julian Assange, are also not currently believed to among the people receiving pardons, but the list is still fluid and that could change, too.

It's also not certain whether Trump's former adviser Steve Bannon will receive a pardon.

Trump is still receiving multiple streams of recommendations on pardons from those advisers who remain at the White House, as well as people outside the building who have been lobbying for months for themselves or their clients.

The expectation among allies is that Trump will issue pardons that he could benefit from post presidency.

"Everything is a transaction. He likes pardons because it is unilateral. And he likes doing favors for people he thinks will owe him," one source familiar with the matter said.

Dr. Salomon Melgen, a prominent eye doctor from Palm Beach, Florida, who is in prison after being convicted on dozens of counts of health care fraud, is currently expected to be included in the clemency list, three sources familiar tell CNN.

Melgen, who is noteworthy for being the co-conspirator in a since-dismissed corruption case against Democratic New Jersey Sen. Bob Menendez, was sentenced to 17 years for health care fraud in 2018.

While his name surprised some Trump allies given the President's attitude toward Menendez, Melgen is seen as a wealthy and influential figure in south Florida. The corruption case against Menendez and Melgen was dropped by the Justice Department in January 2018.

Inside the White House, there has been a scramble to petition for pardons on behalf of allies and advocacy groups and names could be added and taken off up until the last minute, sources say.

CNN previously reported there has been a crush of pardon requests during Trump's final days in office from allies, lobbyists and others hoping to cash in on their loyalty to Trump. The New York Times reported Sunday some of those people were getting paid tens of thousands of dollars to lobby on behalf of felons hoping for pardons.