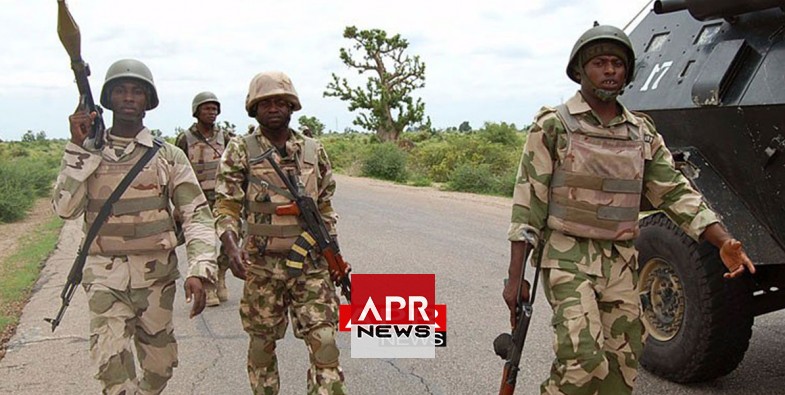 APRNEWS - Troops have neutralised over 100 Boko Haram terrorists in recent various clearance operations in Yobe and Borno, the army said in a statement on Monday.

Brig.-Gen. Sani Usman, the spokesman of the army said the terrorists were killed at Goniri in Yobe, Damasak, Kross Kauwa and Monguno, among other locations in Borno.

According to him, various caliber of arms and ammunition were recovered from them.Usman said the Nigerian Air Force Air Task Force component of Operation Lafiya Dole had been giving close air support to ground troops and also facilitates the pursuit of fleeing terrorists.

“Significantly, the air task force have destroyed several Boko Haram terrorists gun trucks and facilities.“The gallant troops have also been repelling attempted efforts by the terrorists to infiltrate their locations.”

He said buoyed by the presence of Chief of Army Staff and motivation, the troops were renewed in fighting spirit and had stopped terrorists’ incursions.“The battle has now further shifted to the fringes of Lake Chad and other suspected Boko Haram terrorists enclave along the borders,” Usman said.