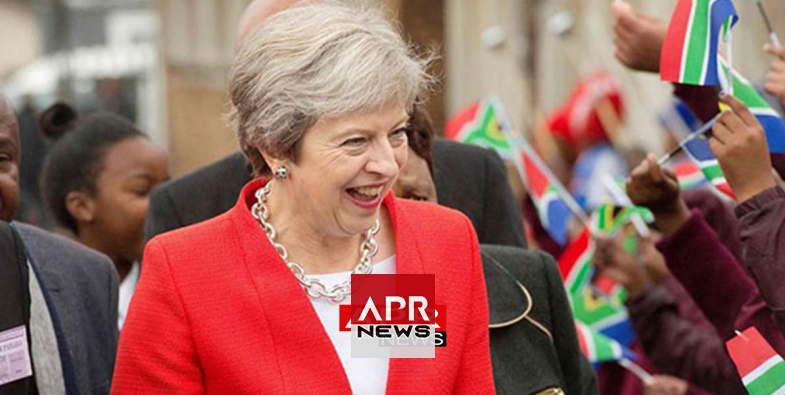 APRNEWS - This day, Tuesday August, 28, 2018, the British prime minister Theresa May (photo), is starting a series of visits during which she will go to South Africa, Nigeria, and Kenya to discuss security as well as trade and investments promotion issues with those countries’ leaders in preparation of the Brexit.

Leading directors of 29 British firms like David Schwimmer, the managing director of London Stock Exchange, and Bill Winters, Chief Executive of Standard Chartered, Theresa May will be the first British prime minister to visit a Sub Saharan African country since 2013 and the first one in Kenya since more than 30 years.

Let’s note that this visit is organized a year prior to the Brexit and at a time when London is preparing trade agreements to replace those concluded with the European Union.

“As we prepare to leave the European Union, now is the time for the UK to deepen and strengthen its global partnerships”, the prime minister indicated in a press release published on the British government’s website. “I am looking forward to discussing how we can do that alongside Africa to help deliver important investments and jobs”, she added.

In South Africa, the first country of this tour, the leader of the British conservative party will give a speech on the economy and meet with South Africa’s president Cyril Ramaphosa, the youth as well as managers of companies.

Tomorrow, Wednesday, August 29, 2018, she will meet Nigeria's president Muhammadu Buhari, in Abuja before heading to Nairobi to discuss with Uhuru Kenyatta.

In those two countries, Mrs. May will discuss measures aimed at discouraging migration to Europe and improving cooperation as far as security and fight against the terrorist group Boko Haram, in West Africa, and Al-Shabaab, in Somalia, are concerned. She will also sign economic partnership agreements and visit the British soldiers who are training Kenyan soldiers on ways to deactivate improvised bomb devices.

According to  Downing Street, Theresa May should also announce “further support to tackle instability across the region”.