Tech flight: Why Silicon Valley is heading to Miami and Austin, Texas 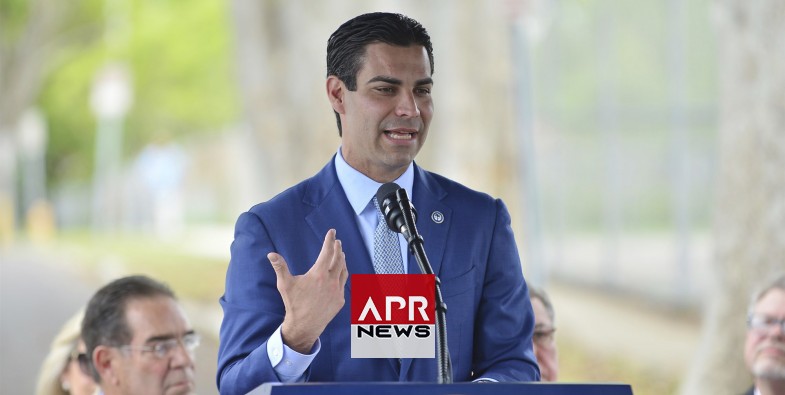 Tech flight: Why Silicon Valley is heading to Miami and Austin, Texas

Miami Mayor Francis Suarez has been fielding numerous inquiries from top executives in the tech world who reached out in recent weeks — from Tesla CEO Elon Musk to Twitter CEO Jack Dorsey. He has also reportedly met with former Google CEO Eric Schmidt and the chairman of Palantir, Peter Thiel, among others.

What is he offering that Silicon Valley cannot? The mayor is trying to convince them that Miami promises a more business-friendly environment.

“There’s no secret sauce other than my Twitter account,” Suarez said while shaving and preparing for another day of messages from inquiring tech executives. “There is absolutely no doubt that a big part of the reason why they are moving is that they feel that there is an inhospitable environment for regulation and taxation.”

On Tuesday, Miami will try to respond to these Silicon Valley businesses by naming its first chief technology officer. Suarez said the new CTO will “provide concierge services” like streamlining bureaucratic procedures for high-tech firms when they come to Miami.

“There is an attitude that has been expressed by some leaders that says, ‘We don't want you and we don’t need you,’” Suarez said, alluding to how business owners say they feel they are being treated in Silicon Valley. "It's the opposite of the 'How can I help?' attitude, 'How can I grow this ecosystem?'"

While Silicon Valley is by no means ceasing to be the center of the technology industry, there is an undeniable migration afoot for some of Silicon Valley’s elite to cities like Miami: Reddit co-founder Alexis Ohanian moved from San Francisco in 2017. A year later, Shervin Pishevar, a venture capitalist, bought a house in Miami Beach in 2018. In late 2020, Jonathan Oringer, who founded Shutterstock and became an investor, moved to Miami, as did other notable venture capitalists, including Keith Rabois and David Blumberg.

It’s not just Miami experiencing this migration. Last month, Oracle, the tech giant, announced it is moving its corporate headquarters from Redwood City, California, to Austin, Texas. Other such moves include Palantir, which decamped for Denver, while Musk said last month he had moved himself to Austin. Hewlett Packard Enterprise also announced last month it was moving its headquarters from San Jose, California, in favor of a Houston suburb.

Hewlett Packard Enterprise spokesman Adam Bauer wrote in an email that tax considerations did not “drive” the decision to move the company to Texas and that “relocation for Bay Area team members in roles identified as eligible is entirely voluntary.”

“We made the decision to relocate our headquarters to the Houston area in response to business needs, opportunities for long term cost savings, and team members’ preferences about the future of work,” he also wrote.

Tesla and Palantir did not respond to NBC News’ request for comment.

It’s significant enough that while the San Francisco Bay Area continues to gain tech workers, the rate of increase is down by over 35 percent — the single largest drop of any tracked metropolitan area — according to self-reported data tracked by LinkedIn. Experts following this migration predict these numbers may grow.

“There’s a mini-exodus of tech companies leaving the Valley, and I think that’s going to accelerate in 2021,” said Dan Ives, a financial analyst with Wedbush Securities.

But the reasons many businesses are moving are more complex than people may think. Tax experts say companies aren’t moving their corporate headquarters necessarily for business tax incentives. Instead, it may be a long-term play to help them pay workers relatively less where the cost of living is lower.

Companies also may be looking to evade or mitigate the effects of existing or future state and municipal-specific laws in a famously politically liberal state like California.

“You're going to always have the vast majority of tech companies coming out of the Valley, and you can’t create that anywhere else,” Ives said. “But when you look at an Austin: It’s creating a mini Silicon Valley at half the cost for an average employee.”

Tax law experts say companies like Oracle — which has long had auxiliary offices in numerous American cities, including Miami and Austin — still must pay the same taxes regardless of where they are based.

“From a corporate tax perspective moving out of California does not change the tax bill,” emailed Gabriel Zucman, an economics professor and tax expert at the University of California, Berkeley.

“Even though a lot of companies are saying they can let people work from anywhere, most are saying we’re not going to cut salary, but we’re going to slow the rate of increase of salary,” said Brian Kropp, an analyst with the IT service management company Gartner.

Kropp said he spoke with high-level representatives from several “Fortune 200 type companies” who are exploring moving their corporate headquarters. In short, shifting employees from California to Texas could represent long-term corporate cost savings, which means larger payouts for these companies’ top executives.

“The compounding effect translates to a 3 or 5 percent margin that moves straight to profit,” Kropp said.

Darien Shanske, a law professor at the University of California, Davis, and an expert in state and local taxation, said that by moving to cities like Austin or Miami, companies will still take advantage of “agglomeration,” the economic idea that when companies and economic activity are physically clustered, businesses can grow more easily there.

“I think that Oracle is thinking, ‘Look, we can go to Austin and what we get is an agglomeration because we need to have this talent,’” he said, underscoring that Oracle would not need to disrupt its existing workforce in California or anywhere else.

"California has blown it, but not because of tax policy — its decadeslong problem of not producing enough housing," he said. "It's probably cheaper and easier to build that in Austin."

Some companies have also expressed concern about the growing number of state-specific laws targeting wealthy people and businesses, Kropp said.

For an example, he pointed to California’s landmark 2018 law that requires companies whose principal executive offices are located in California to have at least one female director on their board of directors. By the end of 2021, companies with six or more directors must have at least three female directors. (In the case of Oracle, even before moving eastward, it already complied: As of its June annual report, the company had 15 directors, of which four are women.)

In addition to state laws mandating increased representation for women, other industry watchers pointed to California's and New York’s early efforts to impose a wealth tax.

Last year, California Assembly Bill 2088 aimed to impose a new tax of 0.4 percent on individuals who hold more than $30 million of wealth and would pursue those who had left California during the previous decade — but it failed in the legislative session. Now, a related bill seeks to increase personal income tax for individuals who make more than $1 million annually and also on corporations as a way to raise billions of dollars to help the needs of the state’s homeless population.

Already cities like San Francisco, following in the footsteps of Portland, Oregon, have imposed new taxes on large companies that have high CEO pay, regardless of where a company is headquartered or incorporated.

Miami seems to be addressing many of these concerns of businesses. Philippe Houdard, the CEO and co-founder of Pipeline Workspaces, a shared workspace, said that in recent weeks, the Miami business and tech scene has exploded. In fact, it has become so flooded with inquiring tech companies that a local WhatsApp group called “Miami Tech Life” hit its capacity of 256 people. Philippe Houdard in the lobby of Pipeline in downtown Miami in 2015.Lynne Sladky / AP file

But Suarez, the mayor, expects the calls will keep coming, noting that Miami’s perspective is shaped by the legacy of the Cuban revolution, whose authoritarian regime drove so many from the island decades ago.

“For us, it’s a very stark contrast,” Suarez said. “We feel that we should have the limited amount of government that we need.”