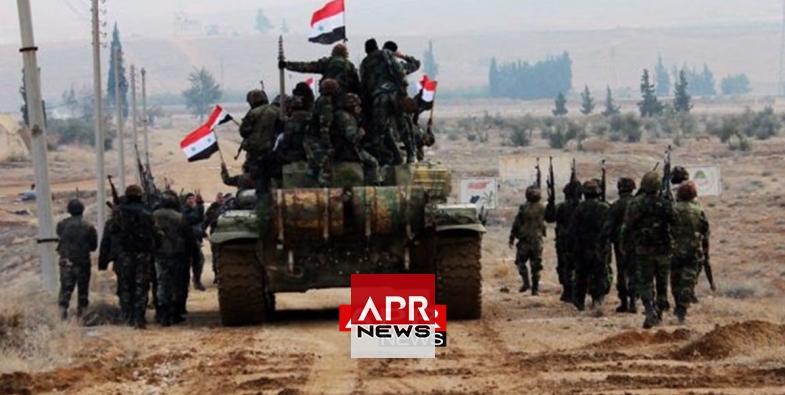 REUTERS - Syrian state vehicles, accompanied by Russian military police, entered an area of Deraa city on Thursday to raise the national flag over an area held by rebels for years, witnesses said, leaving President Bashar al-Assad poised for another big victory in the seven-year-long Syrian conflict.

Cranes from the state-run Deraa municipal council erected a flag pole near the mosque where the eruption of large protests in March 2011 was widely seen as heralding the start of the conflict.

Government forces backed by Russia have recovered swathes of rebel-held Deraa province at the border with Jordan in a major offensive that got underway last month and has forced many rebels to give up territory in negotiated surrender deals.

Rebels holed up in part of Deraa city are still in talks with Russian officers, with many of them aiming to secure safe passage to opposition-held areas of northern Syria, rebel officials said. The talks were expected to resume on Thursday.

A large convoy of Russian military police was expected to enter the devastated area later.

Some 2,000 rebel fighters are holed up in the opposition-held part of Deraa city, along with their families. Many want to leave due to fear of how the government will treat them.

United Kingdom : No more new petrol and hybrid cars from 2035
Prime Minister Boris Johnson is seeking to use the announcement to elevate...
421 vues
2