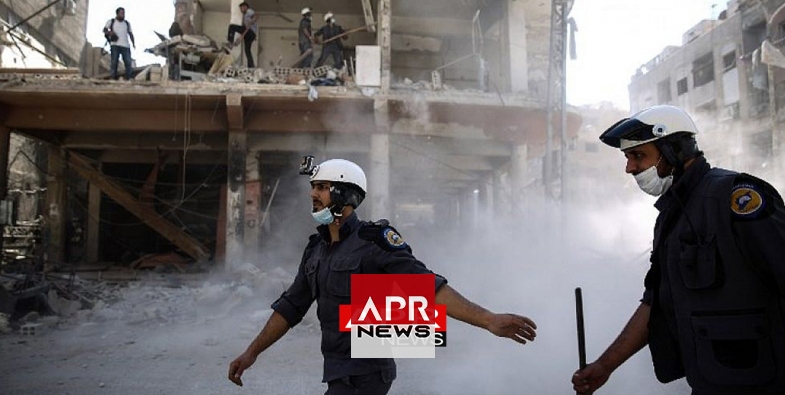 APRNEWS - The foreign ministry in Damascus condemned on Monday the evacuation of hundreds of trapped White Helmets rescue workers and their relatives from Syria's south through its arch-foe and neighbour, Israel.

More than 400 rescue workers and family members from Syria's southern provinces of Daraa and Quneitra were ferried into Israel on Sunday, then taken into Jordan for resettlement into Western countries.

"The criminal operation that Israel and its tools conducted in the area reveals the true nature of the so-called White Helmets," said a source at the foreign ministry, cited by state news agency SANA.

The source repeated the Syrian government's accusation that the rescue force is a front group for "terrorists" and said Damascus had warned the world of its "dangers".

"Words of condemnation are not enough to express the indignation that every Syrian feels towards these despicable conspiracies and the limitless aid from Western countries, Israel, and Jordan to the White Helmets," the source said.

The White Helmets is a network of first responders which rescues the wounded in the aftermath of air strikes, shelling, or explosions in rebel territory across Syria.

Hundreds of them were stuck in a pocket of southern Syria, fearing advancing Syrian government forces.

Jordan's foreign ministry announced in a statement that the kingdom received 422 Syrian nationals for resettlement in Britain, Germany and Canada.

The group receives funding from a number of governments, including Britain, Germany, Canada and the United States, and from individual donors.

Other White Helmets members have stayed in the south.