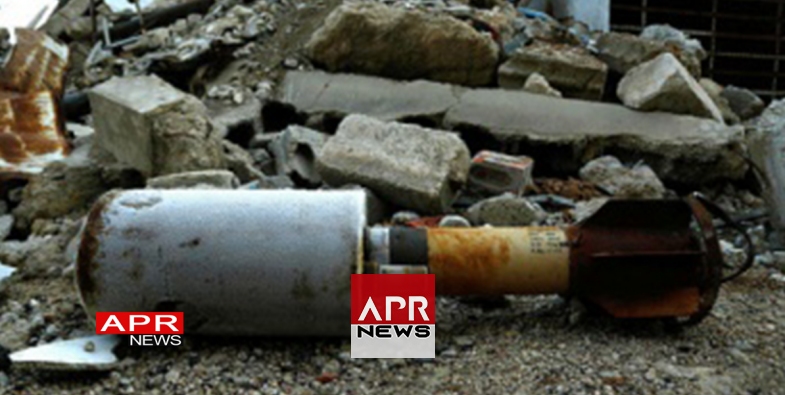 Monday's attack targeted the city of Douma in the rebel-held region of Eastern Ghouta, the Syrian Observatory for Human Rights said.

"After regime forces fired rockets into the western part of the city of Douma, white smoke spread, causing 21 cases of suffocation," it said.

An AFP correspondent at a hospital in the city saw people carrying babies wrapped in blankets, breathing through oxygen masks, some of them screaming.

Young girls and men sat on hospital beds, tears in their eyes, unable to stop coughing.

A doctor at the hospital who gave his first name as Bassil said patients were suffering "respiratory irritation, breathing difficulties, coughing and reddening of the eyes".

"We noticed that they smelled like bleach, or chlorine, and we stripped them of their clothes," he said.

Six children and six women were among those affected, the Observatory said

"Residents and medical sources talk of chlorine gas," Observatory hear Rami Abdel Rahman said, adding that his group -- which relies on a network of sources inside Syria could not confirm those reports.

On January 13, a similar attack targeted the outskirts of Douma and the Observatory reported seven cases of suffocation.

Besieged since 2013 by regime forces, the rebel stronghold's 400,000 inhabitants are already experiencing a crushing humanitarian crisis and severe shortages of food and medicine.

The Organisation for the Prohibition of Chemical Weapons (OPCW) and the United Nations blamed the Syrian air force for an April 2017 sarin gas attack on the opposition-held village of Khan Sheikhun which left scores dead.

The attack triggered an unprecedented American missile strike on the airbase it is believed Syrian forces used to carry out the attack.

The regime is also accused of using chlorine gas in three areas of northern Syria in 2014 and 2015.

Syria's nearly seven-year war, which began as the regime brutally crushed anti-government protests, has claimed more than 340,000 lives, forced millions to flee their homes and left the country in ruins.