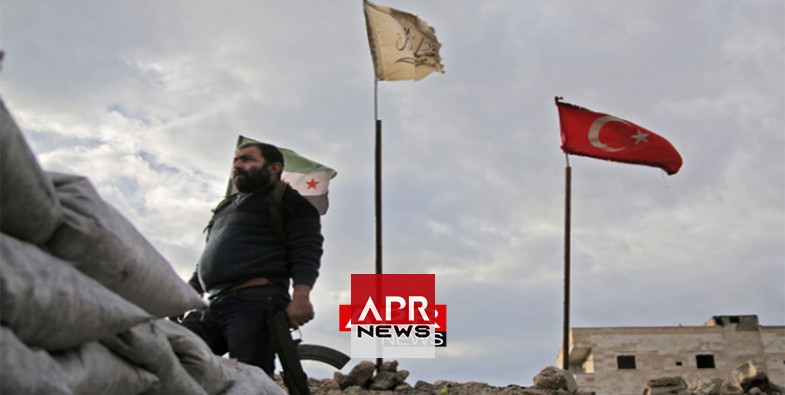 APRNEWS - Syria’s Kurds on Wednesday rejected a US proposal for a “security zone” under Turkish control along the Syrian side of the two countries’ border.

Senior political leader Aldar Khalil said the Kurds would accept the deployment of UN forces along the separation line between Kurdish fighters and Turkish troops to ward off a threatened offensive.

Erdogan’s comments came a day after he had a telephone conversation with Trump to ease tensions after the US leader threatened to “devastate” the Turkish economy if Ankara attacks Kurdish forces in Syria.

Turkey has welcomed Washington’s planned withdrawal of some 2,000 US troops from Syria but the future of US-backed Kurdish militia forces labelled terrorists by Ankara has poisoned ties between the NATO allies.

The Kurdish People’s Protection Units (YPG) have been the key US ally in the fight against the Islamic State group (IS), taking heavy losses in a campaign now nearing its conclusion, with the jihadists confined to an ever-shrinking enclave of just 15 square kilometres (under six square miles).

Ankara regards the YPG as an offshoot of the Kurdistan Workers Party (PKK) which has waged a deadly insurgency for self-rule in southeastern Turkey since 1984.

Erdogan said he had a “quite positive” telephone conversation with Trump late on Monday where he reaffirmed that “a 20-mile (30 kilometre) security zone along the Syrian border... will be set up by us.”

The Syrian Kurdish leader said he regretted the US proposal to give Turkey control over the mooted “security zone”.

“Sadly, Trump wants to implement these safe regions through cooperation with Turkey. But any role for Turkey will upset the balance and the region will not be safe,” Khalil said.

“On the contrary, Turkey is a party (to the dispute) and any party cannot guarantee security.”

The Turkish army has launched two major operations in Syria Euphrates Shield in 2016 against IS jihadists and Syrian Kurdish fighters, and Olive Branch in 2018 targeting the Kurds.

The last offensive saw Turkish troops and their Syrian rebel allies overrun the Kurdish enclave of Afrin in the northwest, one of several the Kurds had governed since 2012.

Critics have accused Turkish troops and their proxies of the military occupation of Syrian sovereign territory.