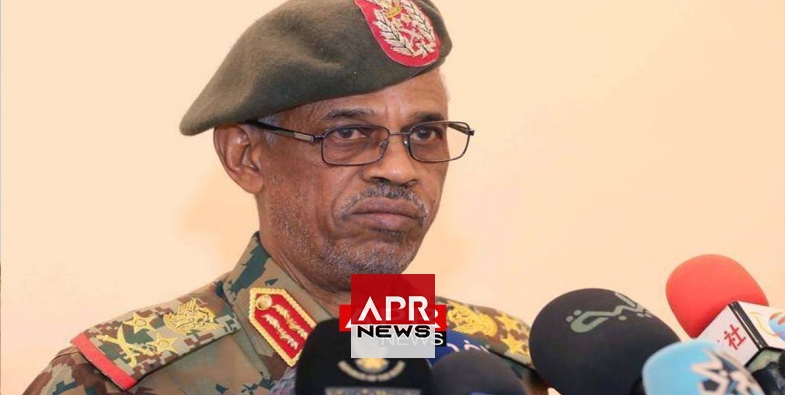 APRNEWS - Sudan’s Defence Minister Awad Ibn Aouf said on Friday that he is stepping down as head of the country’s transitional military council, a day after former president Omar al-Bashir was overthrown in a coup.

Lieutenant General Abdel Fattah Abdelrahman Burhan will be the new head of the transitional military council, Ibn Aouf said in a speech broadcast on state television on Friday.

Ibn Aouf was Bashir’s vice president and defence minister, and is among a handful of Sudanese commanders sanctioned by Washington for his role during the atrocities committed in the Darfur conflict.

Sudan’s ruling military council had earlier announced on Friday that it would not extradite President Omar al-Bashir to face allegations of genocide at the international war crimes court.

The council also promised the country would have a new civilian government, a day after the armed forces overthrew Bashir, but the proposal was immediately rejected by the main protest group.

The council said it expects a pre-election transition period will last two years at most or much less if chaos can be avoided.

Friday’s announcement of a civilian government by the head of the military council’s political committee, General Omar Zain al-Abideen, appeared aimed at reassuring angry demonstrators who took to the streets to warn against imposing army rule after Bashir’s overthrow.

But the main protest group rejected the proposal, saying the military council was “not capable of creating change”.

In a statement, the Sudanese Professionals Association restated its demand for power to be handed immediately to “a transitional civilian government”.

Abideen pledged that the military council would not interfere with a civilian government. However, he said the defence and interior ministries would be under the council’s control.

Military not greedy for power

Abideen said the military council had no solutions to Sudan’s crisis and these would come from the protesters, adding that it plans to hold a dialogue with them.

“We are the protectors of the demands of the people,” he said. “We are not greedy for power.

“We will not dictate anything to the people. We want to create an atmosphere to manage a peaceful dialogue,” Abideen said. “Today, we will hold a dialogue with the political entities to prepare a climate for dialogue.”

The council said it did not invite Bashir’s National Congress Party to join the dialogue because "it is responsible for what happened”.

It pledged to work with the new government to solve Sudan’s massive economic problems but warned protesters that the army would not tolerate unrest.

“Protest is guaranteed, but it is forbidden to infringe on the freedom of others. We will be very decisive with whoever closes a road or a bridge,” Abideen said.

Earlier on Friday, thousands of demonstrators camped outside the defence ministry to push for a civilian government, defying a curfew and calling for mass Friday prayers.

At least 16 people were killed and 20 injured by stray bullets at protests and sit-ins on Thursday and Friday, a Sudanese police spokesman said in a statement in the early hours of Saturday.

The demonstrators oppose the decision to set up a transitional military council and have vowed to continue protests until a civilian government is established.

At the defence ministry compound, large tents were put up and people brought food and handed out water as the crowd swelled. Ahmed al-Sadek, a 39-year-old trader, said he had not slept at his home since the sit-in began on Saturday.

Activists wearing yellow vests controlled traffic around the compound on Friday morning and managed foot traffic to and from the sit-in, a Reuters witness said. They also blocked a major bridge in central Khartoum.

Bashir, 75, had faced 16 weeks of demonstrations sparked by rising food costs, high unemployment and growing repression during his three decades of autocratic rule.

World powers, including the United States and Britain, said they supported a peaceful and democratic transition sooner than two years. China said it would continue to seek cooperation with Sudan regardless of the political situation.

Ibn Auof said earlier on Thursday that Bashir was being detained in a “safe place” and the military council would run the country. Sudanese sources told Reuters that Bashir was at the presidential residence under “heavy guard”.

Ibn Auof also announced a state of emergency, a nationwide ceasefire and the suspension of the constitution. He also said there would be a curfew from 10pm to 4am.

But the council affirmed on Friday it would not extradite Bashir, who has been indicted by the International Criminal Court in The Hague. Bashir is facing an arrest warrant over allegations of genocide in Sudan’s Darfur region during an insurgency that began in 2003 and led to the death of an estimated 300,000 people. He denies the allegations.

The military council would not hand the president over for trial abroad, Abideen said. “We may try him, but we will not hand him over.”

Bashir’s downfall was the second time this month that a leader in the region has been forced out after mass demonstrations. Algeria’s Abdelaziz Bouteflika, in power since 1999, stepped down on April 2 after six weeks of protests.