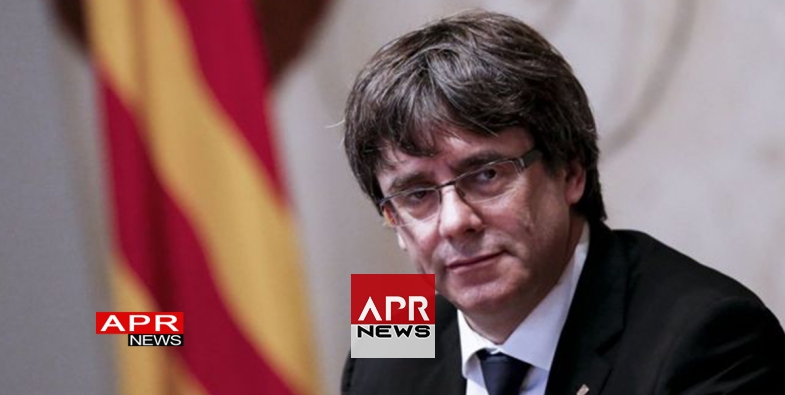 REUTERS - Spain’s government on Friday appealed to the Constitutional Court to block former leader Carles Puigdemont’s bid to lead Catalonia again, in an escalation of tensions between Madrid and Barcelona.

Puigdemont fled to Belgium in October to avoid arrest for leading a secession bid and the government says he cannot be sworn in because he would be detained if he returns to Spain and could not rule in absentia.

Puigdemont and his allies have responded that he could rule from abroad - winning him the nickname the hologram president.

“The government must use every tool made available by the laws and the constitution to make sure that a fugitive cannot be sworn in and become the head of the regional government,” Deputy Prime Minister Soraya Saenz de Santamaria said after announcing the appeal to Spain’s top court.

Puigdemont reacted immediately. “They are panicking in the face of the will of the people,” he tweeted.

The row over Puigdemont’s candidacy will come to a head on Tuesday when the Catalan parliament plans to vote on it.

The newly elected speaker of the parliament, Roger Torrent, nominated Puigdemont on Monday as the sole candidate for regional leader, in defiance of Madrid’s warnings.

Puigdemont has not ruled out travelling to Barcelona to take part in the parliamentary vote, but has not said he would do it either.

The Council of State - the supreme consultative council of the Spanish government which advises on serious issues - on Thursday advised against an appeal to the Constitutional Court.

Saenz de Santamaria said that if the court agreed with the government, Puigdemont’s candidacy would be invalidated and the vote could not take place.

Although it was not clear when the court would hand out its ruling, a court source said any decision would be unlikely on Friday.