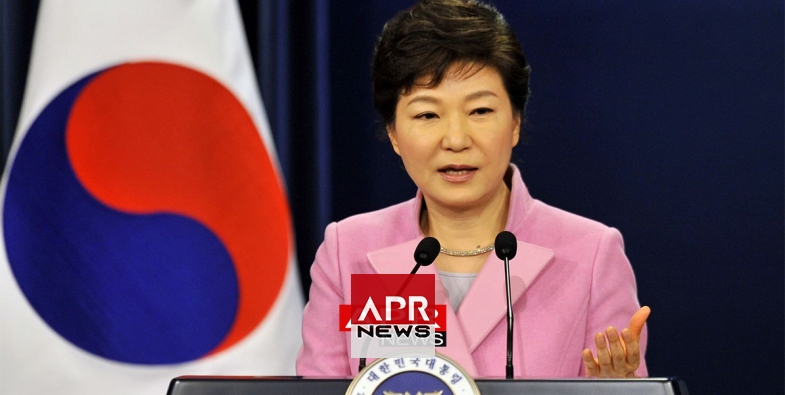 APRNEWS - Disgraced former South Korean president Park Geun-hye was convicted of charges including illegally receiving funds from the country’s spy agency on Friday and given eight more years in prison, on top of her current term.

Park, the South’s first female president, was impeached last year after huge street protests over a sprawling scandal, and was jailed for 24 years for corruption and abuse of power in April.

Friday’s penalty — issued in her absence after she refused to attend the Seoul Central District Court — came after a separate trial for pocketing money from the National Intelligence Service (NIS) and improperly intervening in 2016 in the selection of her ruling party’s parliamentary candidates.

The penalties apply consecutively, meaning the 66-year-old now faces a total of 32 years in prison.

“The accused received some three billion won over three years from the three NIS chiefs. Through this crime, the accused incurred a considerable amount of loss to the state treasury,” said senior judge Seong Chang-ho.

Three former NIS chiefs testified they had funnelled the funds to Park on her orders, the court said.

The judge rebuked Park, who denied the charges, for being “un-cooperative” throughout the court hearing and questioning by prosecutors.

Park allegedly squandered the taxpayer money on maintaining her private house, financing a boutique where her secret confidante Choi Soon-sil — the central figure in the corruption scandal — had Park’s clothes made and other private purposes, including massage treatment.

Choi was found to have taken advantage of her “long private ties” with Park to extort bribes worth millions of dollars from businesses including telecommunications giant Samsung and retail conglomerate Lotte.

She is serving a 20-year sentence for abuse of power, bribery and meddling in state affairs.

‘Never repented’
Earlier Friday, prosecutors asked an appeals court to extend Park’s sentence for her corruption and abuse of power conviction to 30 years, arguing the original penalty was too lenient.

They also asked for her fine to be multiplied sixfold to 118.5 billion won.

“The accused has never repented or made any sincere apology before the people,” prosecutors said in a statement. “And since October 2017, she has never made any appearance at court.”

Park’s own lawyers asked for her conviction to be overturned, saying she made no gains herself when businesses “donated” funds to foundations controlled by Choi, and that her impeachment and ouster meant she had already taken “political responsibility” for the case.

The Seoul High Court will issue its decision on August 24.

At her first trial, Park was convicted of receiving or demanding more than $20 million from conglomerates, sharing secret state documents, “blacklisting” artists critical of her policies, and firing officials who resisted her abuses of power.

Park is the eldest daughter of late dictator Park Chung-hee, who oversaw human rights abuses but is also credited with driving the country’s economic development in the 1960s and 1970s.

After her father was assassinated in 1979 by his spy chief, Park isolated herself and was befriended by Choi, the daughter of a shady religious figure, who went on to act as a secret mentor throughout her political career.

Unusual: The woman with two vaginas.
An Australian woman is all the rage on OnlyFans because of a unique...
2398 vues
2