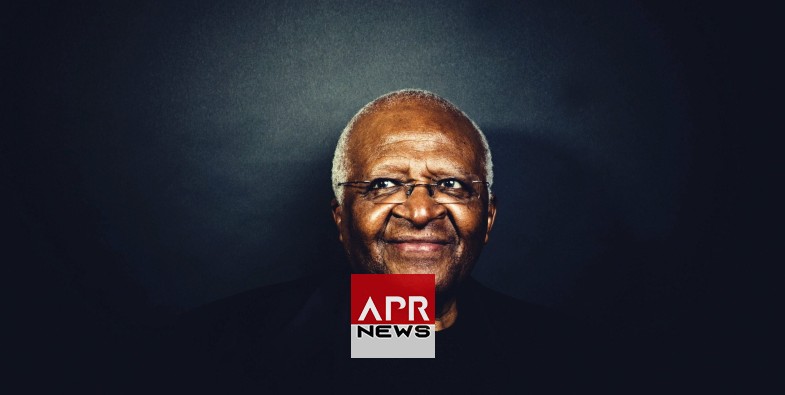 After a week of tributes, masses, interfaith ceremonies, and meditations, it was time for the South Africans to let go of the man in the purple robe. The Nobel Peace Prize laureate passed away last Sunday at the age of 90 and a final tribute is paid to him at St George's Cathedral in Cape Town this Saturday, January 1. A symbolic place since it is within this cathedral that he officiated as the first black Anglican archbishop, and it is from there that many protest marches against the apartheid regime started.

Desmond Tutu  represented a true moral authority for the Rainbow Nation. Defender of  apartheid , militant for gay rights and the end of the occupation of Palestine,  The Arch , as South Africans call it, was a true model. Despite its extreme popularity, it is a small and intimate ceremony that will be organized this January 1st.

A funeral while sober

It is raining heavily this Saturday morning in Cape Town, which prompted a funeral security officer to say that the angels are mourning Desmond Tutu.

Desmond Tutu has the right to a state funeral, but he did not want them to be organized with great pomp. No bursts of cannon fire for example, as is usual in these circumstances, and the only symbols of the state are the speech of President Cyril Ramaphosa, and the handing over of the South African flag by the military to the Archbishop's widow, Leah.

Only one hundred people were invited, due to restrictions due to the pandemic, but also because Desmond Tutu did not want an exuberant ceremony, nor significant expenses. He himself had supervised the preparation of the device, a few years ago, so that South Africans retain the image of him as a pious and simple man.

The ceremony, led by his longtime friend, Reverend Micheal Nutall, is televised and on social media. Desmond Tutu, whose body rests in an unadorned pinewood coffin, will then be cremated and his ashes will remain inside Saint George's Cathedral.