Singaporean Professor Lectures for 2 Hours, not knowing he was muted all the time 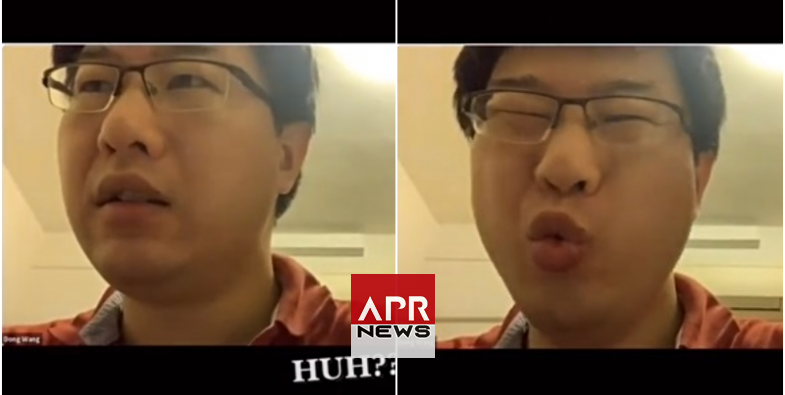 Singaporean Professor Lectures for 2 Hours, not knowing he was muted all the time

A professor from Singapore appeared physically upset after realizing that he had wasted two hours of his time lecturing in complete silence.

Dong Wang is an associate professor from the Department of Mathematics at the National University of Singapore (NUS). Like many educators around the world, he has been teaching classes online to help control the spread of COVID-19. However, a recent class showed him the hurdles that come with such a mode of instruction -- especially ones that are technical in nature. Students in the class said that all went well in the first few minutes until Wang's screen froze. Unfortunately, the professor failed to take notice and continued teaching for the next two hours.

What Wang did not realize was that his mic had been muted. He ended up talking to himself the whole time. The clueless professor only learned what had happened toward the end of the class, when he started calling for questions. At this time, his mic was already working. "Hi Prof, actually you were muted the whole time. So we couldn’t hear anything from you since 6:08 p.m.," one student replied. Wang's reaction was recorded in a now-viral video. After realizing what happened, he appeared to have a mild panic attack, hyperventilating for a moment before announcing that he would redo the lecture.

YouTube users who claim to be in the class reported that they had done "all sorts of things" to get his attention, but he simply ignored them. "Class started at 6 p.m. and he muted himself from 6:08 p.m. onwards. Students tried all sorts of things to get his attention by unmuting and even calling his phone number," user Asuza Chan wrote. "However, he did not respond and continued with the lesson." Chan said many students left the class as soon as Wang's screen froze. But more than 20 stayed and "patiently waited" for a fix. It's unclear what caused Wang's lecture to freeze. But Chan suspects that it must be because he was using an iPad, which is not exactly ideal.

Wang's reaction, which was first posted by user @queen_yx_ on TikTok, has now received more than 653,000 views. A YouTube repost by Singapore Incidents has nearly 130,000 views. "You can see how much sorrow built up in a matter of seconds Cheer up prof. Stuff happens. Your determination will not go in vain," one YouTube user wrote. Another commented, "Took [a/the class] under him before, he teaches well. Feel bad for him. Jia you prof!" Meanwhile, one joked, "Good trick. When you have not prepared your materials for the lecture, mute it then do Korean drama. It works all the time."

United Kingdom : No more new petrol and hybrid cars from 2035
Prime Minister Boris Johnson is seeking to use the announcement to elevate...
807 vues
2

India : Exhausted Migrants Fell Asleep On Tracks. 17Run Over By...
Seventeen migrant workers in a group of 20 were killed after a cargo train...
744 vues
3

No fresh cases in 42 districts in 28 days, clinical trials for...
The Indian Council of Medical Research (ICMR) has received approval to...
634 vues