Seven decades of tensions between the two Koreas 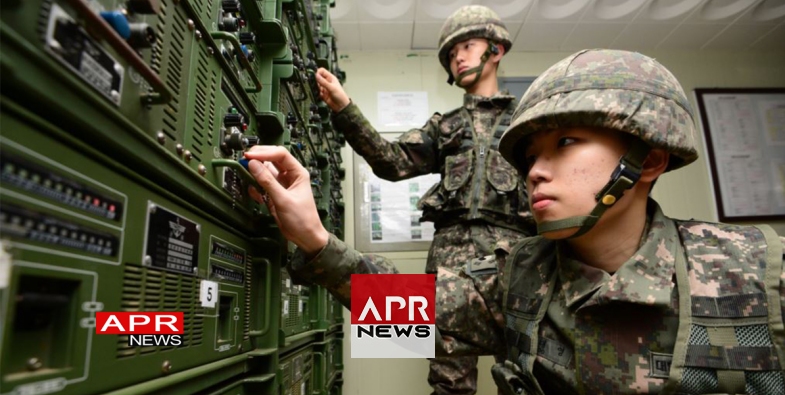 Seven decades of tensions between the two Koreas

Tensions soared last year as the North made rapid progress on its banned nuclear weapons programmes, while US President Donald Trump engaged in an increasingly bellicose verbal scrap with Pyongyang's leader Kim Jong-Un.

Here are some key moments in the decades-long standoff between the two Koreas:

In June 1950 fighting broke out between the communist North and capitalist South, sparking a brutal war that killed between two and four million people.

Beijing backed Pyongyang in the three-year conflict, while Washington threw its support behind the South -- alliances that have largely endured.

The Koreas have been locked in a dangerous dance ever since that conflict ended in 1953 with an armistice rather than a formal peace treaty, leaving them technically at war.

- Sending in the assassins -

Pyongyang has tested the fragile ceasefire with numerous attacks.

The secretive nation sent a team of 31 commandos to Seoul in a botched attempt to assassinate then-President Park Chung-Hee in 1968. All but two were killed.

In the "axe murder incident" of 1976, North Korean soldiers attacked a work party trying to chop down a tree inside the Demilitarized Zone, leaving two US army officers dead.

Pyongyang launched perhaps its most audacious assassination attempt in Myanmar in 1983, when a bomb exploded in a Yangon mausoleum during a visit by South Korean President Chun Doo-hwan. He survived but 21 people, including some government ministers, were killed.

In 1987 a bomb on a Korean Air flight exploded over the Andaman Sea, killing all 115 people on board. Seoul accused Pyongyang, which denied involvement.

The North's founding leader Kim Il-Sung died in 1994, but under his son Kim Jong-Il it continued to prod its southern neighbour.

In 1996 a North Korean submarine on a spying mission ran aground off the eastern South Korean port of Gangneung, sparking 45-day manhunt that ended with 24 crew members and infiltrators killed.

A clash between South Korean and North Korean naval ships in 1999 left some 50 of the North's soldiers dead.

In March 2010 Seoul accused Pyongyang of torpedoing one of its corvette warships, killing 46 sailors. Pyongyang denied the charge.

November that year saw North Korea launch its first attack on a civilian-populated area since the war, firing 170 artillery shells at Yeonpyeong. Four people were killed, including two civilians.

North Korea has steadfastly pursued its banned nuclear and ballistic missile programmes since its first successful test of an atomic bomb in 2006, as it looks to build a rocket capable of delivering a warhead to the US mainland.

Its progress has accelerated under leader Kim Jong-Un, culminating in its sixth and biggest nuclear test in September 2017.

Kim has since declared the country a nuclear power.

Despite the caustic effect of clashes and the battery of conventional weapons that the North has amassed at the border to threaten Seoul, the two nations have held talks in the past.

Then North Korean leader Kim Jong-Il held two historic summits with counterparts from the South in 2000 and 2007, which eased tensions between the neighbours.

Lower-level talks since then have been much hyped but failed to produce significant results.

Next month's Winter Olympics in the South have given the neighbours a pretext to reopen communications after a two-year hiatus.

A special cross-border hotline buzzed into life for the first time since 2016 last week, in response to a suggestion by Kim Jong-Un that Pyongyang could send a team to the Games, which the South has billed as its "Peace Olympics".

India : Exhausted Migrants Fell Asleep On Tracks. 17Run Over By...
Seventeen migrant workers in a group of 20 were killed after a cargo train...
174 vues
4