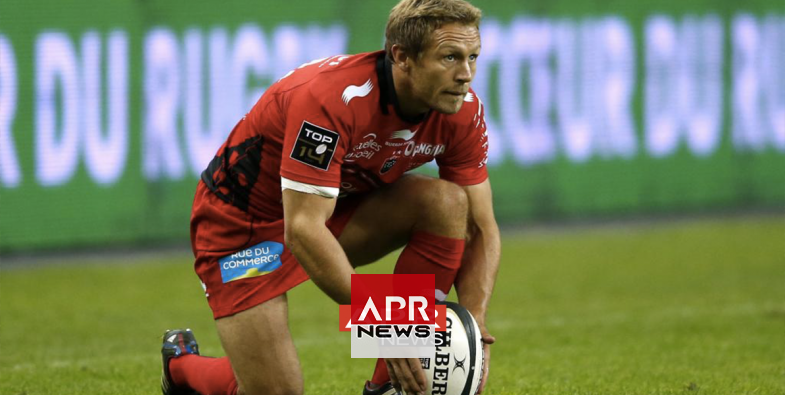 Jonny Wilkinson's last second drop goal to win the Rugby World Cup for England in 2003 earned him iconic status but left him feeling empty and unable to cope.

The former England fly-half who turns 40 next month told the Daily Mail that he turned into a 'horrible' person who was unhappy in the spotlight and beset by fears of the unknown.

It was only after he quit the game and began life away from the spotlight that he began to finally find happiness.

"I thought I had done everything it was possible to do at 24. I thought I was the man. I realised I couldn't have been further from the truth," he said.

"I started trying to control everyone else. You ask anyone around me at that time, I was horrible. But life is amazing now."

APRNEWS - Wilkinson, who has recently welcomed into the world his first child, says retirement has taught him he can be a much happier person in disappearing into the background and not having to cope with daily adulation as he did in his playing days.

"I love my life but it's got nothing to do with the content," he said.

"It's the opposite. When I was part of the World Cup-winning team I had never felt so empty as I did afterwards.

"When we won a couple of championships, at Toulon, I left and there was no sunset waiting for me to stroll into.

"I found that getting rid of this idea that I was an important person, I could have a brand new world.

He equates the moment Mike Catt kicked the ball into touch to seal victory for Clive Woodward's side over hosts Australia back in 2003 to being in a shop with loads of money to spend.

"You're on the brink of something, incredible things await but you?re not there yet," said Wilkinson.

"It's the most beautiful sense.

"It's a bit like being in a shop with pocketfuls of money. You make your choice, you buy exactly what you want, but it's not as good as before when you haven't committed.

"I feel like that now. When I was playing I feared the hell out of the unknown. My life is full of the unknown now, and it's exciting."