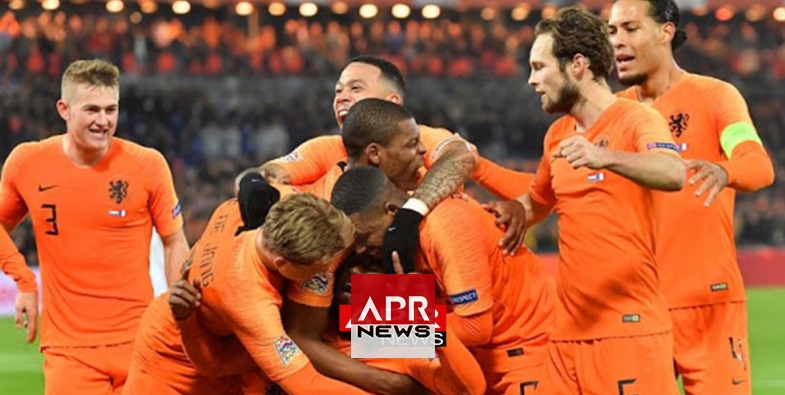 APRNEWS - Midfielder Georginio Wijnaldum scored just before halftime and Memphis Depay converted an audacious late penalty as the Netherlands team that did not qualify for the World Cup beat world champs France 2-0 on Friday in the UEFA Nations League.

The margin of victory flattered Didier Deschamps’ injury-hit team, with goalkeeper Hugo Lloris making a string of good saves in the second half to deny Denzel Dumfries, Depay, and Frenkie de Jong.

France looked outclassed for much of the match. The team tried to play a patient, waiting game, sitting back and hoping to launch speedy 19-year-old striker Kylian Mbappe. But led by midfielder Frenkie de Jong, the Dutch not only dominated possession, but also shut down the World Cup star.

The result left the Dutch one point behind France in League A Group 1 ahead of the Netherlands’ match against Germany on Monday in Gelsenkirchen.

Wijnaldum broke the deadlock just a minute before halftime with his 10th international goal in his 52nd appearance for the Netherlands.

Depay doubled the lead with a “Panenka” penalty in stoppage time, chipping the ball over Lloris to complete a memorable victory.

The Netherlands must wish they could play every match at Feyenoord’s stadium - the victory extended the Dutch run of wins at De Kuip Stadium to 15.