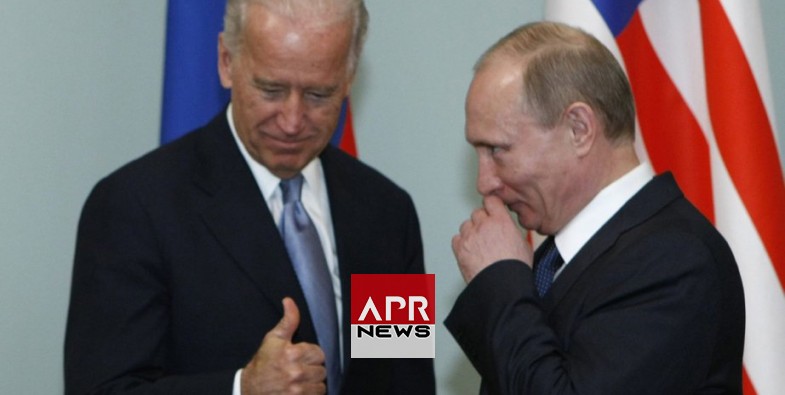 With the departure of Donald Trump from the White House, Russia-watchers can be forgiven for breathing a sigh of relief: From the moment Russian President Vladimir Putin called Trump the front-runner for the 2016 Republican nomination, it's been near-impossible to look at Moscow through anything but the lens of Washington politics and scandal.

That doesn't mean President Joe Biden can Make Russia Boring Again. Administrations may come and go, but the geopolitical challenge to the US from the Kremlin leader, it seems, remains constant.

Let's begin with the obvious: US-Russia relations are at their lowest point since the end the Cold War. US agencies are still sorting through the aftermath of a massive cyber breach blamed on Moscow. Western governments are demanding answers from the Kremlin on the poisoning of Russian opposition leader Alexey Navalny. And the US has steadily stepped up sanctions on Russia over the war in Ukraine and Moscow's interference in the 2016 US presidential election.

And as one of his first moves, Biden has ordered a sweeping intelligence review of suspected Russian mischief-making, from alleged bounties on US troops in Afghanistan to interference in the 2020 election. Biden's director of national intelligence, Avril Haines, will lead the effort, and the president's pick for CIA director, veteran diplomat William Burns, is also a Russia expert.

But Russia -- a country with a nuclear arsenal rivaling that of the US -- can't simply be placed in the penalty box. Policy experts generally agree that the Russian government must play a role in responding to major world crises, from reining in Iran's nuclear ambitions to recently halting the brief, bloody war between Armenia and Azerbaijan.

And that means the Biden administration must deal with Putin in order to tackle a range of foreign-policy issues, particularly a proposed return to the 2015 Iran nuclear deal. Russia is party to the deal, which Trump abandoned in 2018.

Even some of the most outspoken US critics of Putin -- such as Michael McFaul, the former US ambassador to Russia -- acknowledge that the US must selectively engage Russia on pressing global issues such as pandemic response and climate change.

But don't expect Biden's policy to be described as a "reset" -- that's a dirty word in Washington when it comes to Russia policy. Back in 2009, then-Secretary of State Hillary Clinton gave Russian Foreign Minister Sergey Lavrov a "reset" button as part of a bid to reboot relations with Russia. The gift went down like a lead balloon: The button was mistranslated to read "overload."

Things went from bad to worse. After Russian parliamentary elections in 2011 were marred by allegations of widespread fraud, Putin blamed Clinton for promoting "foreign interference" in Russia as demonstrators took to the streets.

In 2014, Russia annexed the Crimean peninsula and backed a separatist conflict in eastern Ukraine, further scaling up confrontation with the West. And then there was Trump's embarrassing performance at a 2018 summit meeting with Putin in Helsinki, where the then-US president sided with the Kremlin leader, saying he didn't "see any reason why" Russia would be responsible for interference in the 2016 US presidential election.

Still, there seems to be a grudging consensus in Washington that current engagement with Russia just doesn't work. Back in August, a group of US foreign-policy worthies signed an open letter calling for a "rethink" of US policy toward Russia.

"It makes no sense for two countries with the power to destroy each other and, in 30 minutes, to end civilization as we know it to lack fully functioning diplomatic relations," said the letter, which was signed by (among others) Fiona Hill, Trump's former top Russia adviser, and by Jon Huntsman, his former ambassador to Moscow.

That open letter prompted a response by a more hawkish group of former diplomats, military and intelligence professionals and other experts who argued Putin's kleptocracy needed to be more severely constrained.

The signatories to the first letter responded that they were not seeking a "reset" with Russia, just a "clear-eyed" appraisal of Russia policy.

Both groups, however, agree that the US needs to work with Russia on arms control. And one of the first issues a Biden presidency will face is the expiration on February 5 of the 2010 New Strategic Arms Reduction Treaty, the last treaty limiting US and Russian nuclear arsenals. White House press secretary Jen Psaki told reporters Thursday the new administration was prepared to work with Russia on an extension of the treaty.

Arms control is a technical and unsexy business that requires substantial patience and diplomacy. But it's very necessary: Trust between the US and Russia has evaporated and the two countries have abandoned agreements that are meant to reduce the risk of world-ending military miscalculations.

But the issue that is really driving the conversation around US-Russia relations is one of Russian domestic politics. The poisoning of opposition leader Navalny in August reinvigorated the debate about how to deal with Russia, in a way that even Russian interference in the 2016 election failed to do. And Navalny recently upped the stakes with his dramatic return to Russia: Two days after his arrest at the Russian border, Navalny's investigative team dropped a massive online investigation into Putin's alleged personal wealth.

"Mr. Navalny should be immediately released, and the perpetrators of the outrageous attack on his life must be held accountable," Sullivan said on Twitter. "The Kremlin's attacks on Mr. Navalny are not just a violation of human rights, but an affront to the Russian people who want their voices heard."

Putin has all the resources of the state and a formidable security apparatus that can smother domestic political opposition. But Navalny appears to be betting that Putinism is entering its gerontocratic stage, with an aging and isolated leader out of touch with the people. It seems unlikely that street protests could oust Putin, but domestic political opposition seems to have received a major boost from Navalny's willingness to roll the dice and return from abroad.

Navalny shouldn't be mistaken for a traditional Western liberal: The anti-corruption campaigner has elements of populism and Russian nationalism in his politics, and he has shown a pragmatic willingness to ally with more pliant and generally pro-government parties to challenge Putin's ruling United Russia party in local elections. He even slammed Twitter's decision to ban Trump, calling it an "unacceptable act of censorship."

As Navalny's moves show, who wins or loses Russia is a matter for Russians to decide.