PSG optimistic over fitness of Mbappe, Neymar for Liverpool showdown 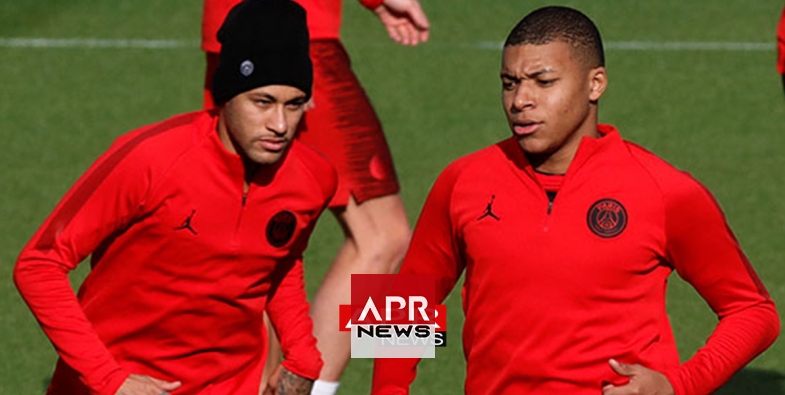 PSG optimistic over fitness of Mbappe, Neymar for Liverpool showdown

APRNEWS - It has been a month marred by off-field controversies for Paris Saint-Germain, but it is the fitness of Kylian Mbappe and Neymar that casts the longest shadow over the French club ahead of Wednesday’s Champions League crunch clash against Liverpool.

PSG go into the game at the Parc des Princes in third place in Group C, and a defeat against last season’s runners-up, coupled with a win for Napoli at home to Red Star Belgrade, would condemn the Qatar-owned side to an early elimination.

Such a prospect is unthinkable for a club with the ambitions of PSG, who are desperate to improve on consecutive exits from the Champions League in the last 16.

Thomas Tuchel has won every domestic game since his appointment as coach in the summer, but PSG’s results in Europe have been underwhelming, with a 3-2 defeat at Liverpool in September being followed by two draws against Napoli.

Indeed, a 6-1 win over Red Star last month is the French side’s only victory in their last seven Champions League matches — not exactly the form of potential winners.

“We have to play very well to beat Liverpool. An average performance won’t be enough against a team like that. We are talking top level and we need to be perfectly prepared. It’s a decisive match,” club captain Thiago Silva told PSG’s official website.

But would they really be so well-prepared if the two most expensive players in the world were both absent against Jurgen Klopp’s team?

Mbappe and Neymar both suffered injuries playing in international friendly matches last week, and watched Saturday’s 1-0 home win over Toulouse from the stands.

Both of those players have scored 13 goals this season, while Edinson Cavani has 10 in all competitions. Their influence on the team is huge.

“They’re getting better every day, we have time before now and Wednesday. It’s good for us. I think they’ll be able to play,” was Tuchel’s optimistic assessment at the weekend.

Alves makes welcome return
The stakes are almost too high for PSG not to field their superstar duo, even if there is a risk.

PSG are a point behind both Liverpool and Napoli, so really need a win to reduce the pressure before going to Belgrade on the final matchday next month.

Being eliminated from the Champions League before Christmas would be catastrophic for a club who have faced fresh allegations of breaches of UEFA’s Financial Fair Play regulations this month following Football Leaks revelations.

PSG conducted an internal investigation and found “no proven case of discrimination”, but the claims have done little to help the mood around the club.

At least veteran Brazilian Dani Alves made his comeback at the weekend after six months out with a knee injury, and his influence could be precious as Paris seek to extend their impressive home record in Europe.

Only Barcelona and Real Madrid have beaten PSG at the Parc des Princes in the Champions League since the Qatari takeover seven years ago, so the challenge facing Liverpool is huge — all the more so given that Klopp’s men have lost their last four games away from Anfield in the competition.

Amid their best ever start to a Premier League season, which continued with a 3-0 win at Watford on Saturday, the Reds also know the stakes are high in Europe.

“It’s going to be a difficult game in Paris and a good game to show how good we are. We go there to try to win, for sure,” Xherdan Shaqiri told the club’s website.