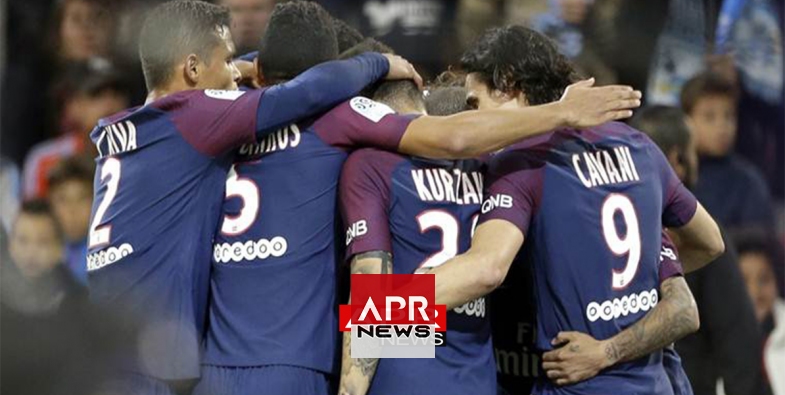 APRNEWS - Paris Saint-Germain have escaped with a fine from European football’s governing body UEFA following crowd trouble at their Champions League home game against Red Star Belgrade in October.
The French giants ran the risk of being forced to play their next home European match — against Manchester United in the Champions League last 16 second leg in March — behind closed doors.

Trouble erupted outside the Parc des Princes after the game, but the only punishment for the crowd disturbances and “illicit chants” from their supporters was a fine of 35,000 euros ($40,346).

Red Star, who lost the game 6-1, were also fined 25,000 euros for chants from their supporters.

Meanwhile, Olympiakos were fined 90,000 euros and handed a suspended one-game stadium ban after their fans set off fireworks and invaded the pitch when the Greek club beat AC Milan 3-1 in the Europa League last month.

Milan were fined 5,000 euros, while Ajax were fined 20,000 euros and Bayern Munich 8,000 euros for the throwing of objects and setting off fireworks in their 3-3 Champions League draw in December.