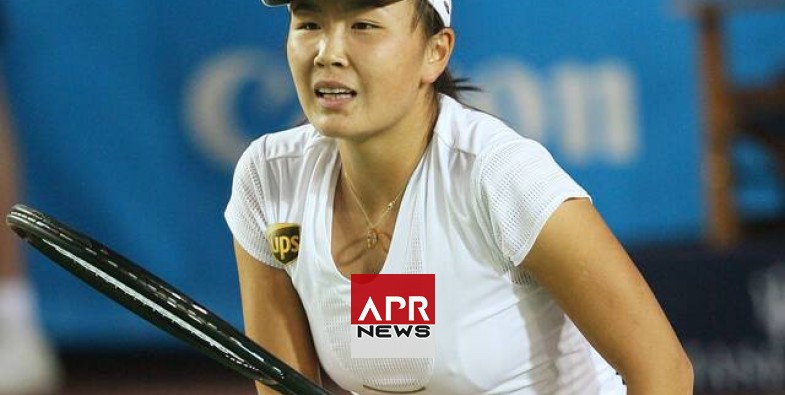 In the Peng Shuai affair , the WTA is finally coming out of silence. As the tennis world worries about the fate of the Chinese player, who disappeared after accusing an executive of rape, the WTA reacted on Sunday in a statement and through the voice of her boss, Steve Simon. The latter asks China to treat with the utmost seriousness "the accusations of the former duplicate world number 1" and "that justice be done".

"We expect this matter to be dealt with properly, which means that the allegations must be investigated fully, fairly, transparently and without censorship," insisted Steve Simon, without, however, referring to the fact that player no. had not reacted or made a public appearance for ten days. Quoted by the NY Times , the boss of the WTA understands that Peng Shuai is in Beijing "in safety", without however being able to confirm the information of members of the Chinese federation, having not "spoken directly" with the player.

“Yes, these accusations are very disturbing. I've known Peng since she was 14, we should all be worried, it's serious, where is she? Is she safe? Any information would be appreciated ”, reacted Sunday the ex-American champion Chris Evert on Twitter.

Frenchwoman Alizé Cornet also relayed on her Twitter account on Saturday the message #WhereIsPengShuai (“Where is Peng Shuai?”), Adding “let's not remain silent”. “I can't believe this kind of thing is happening in the 21st century,” also lamented Briton Liam Broady, behind the same hashtag #WhereIsPengShuai.

"The fact that Peng Shuai has disappeared is not only the problem of the WTA", added for his part, still on Twitter, the French Nicolas Mahut: "We are all concerned".

Hundreds of anonymous people have also used the hashtag #WhereIsPengShuai, in particular to blame the silence of the International Federation (ITF). Former world No. 1 in doubles Peng Shuai, 35, accused on social networks a former top Communist leader of having forced her into a sexual relationship, before making her his mistress.

This explosive accusation was briefly posted on November 2 on the official Weibo account (a Twitter equivalent) of the specialist doubles player. In a long text, Peng Shuai claimed to have had, three years ago, forced sex with former Vice Premier Zhang Gaoli, who was from 2013 to 2018 one of the most powerful politicians in China. .

While censorship quickly wiped the message off the Chinese internet, screenshots spread like wildfire. Since then, the player has not communicated or made a public appearance, and Zhang Gaoli has never publicly reacted to her accusations.