The Papua New Guinean Tribe Where Gender Roles Are Flexible 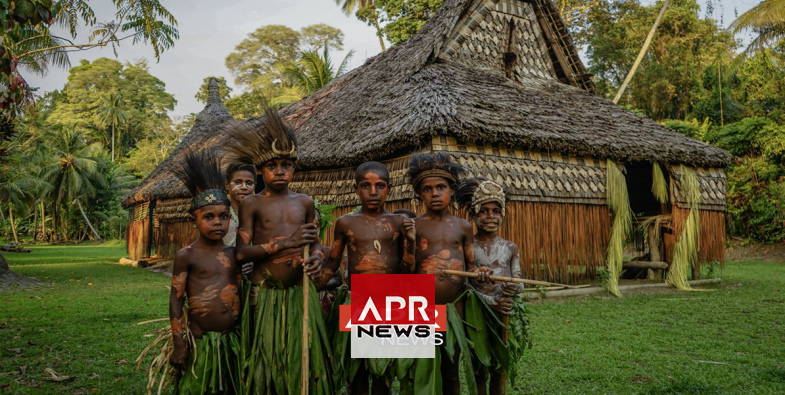 The Papua New Guinean Tribe Where Gender Roles Are Flexible

APRNEWS - The Chambri are an ethnic group in the Chambri Lakes region in the East Sepik province of Papua New Guinea.

This community is located near Chambri Lake in Papua New Guinea, in the middle region of the Sepik River. The Chambri consist of three villages: Indingai, Wombun, and Kilimbit. Together, these communities contain about 1,000 people. When the Chambri first came together, though isolated, they located communities nearby that made it possible for cultural interaction and growth.

The Chambari people are more relaxed with gender roles as both their men and women fully engage in business and economic activities.

Chambri women are responsible for fishing which is the community’s major occupation and fish-for-sago barter markets are still regularly held in the Sepik Hills between Chambri and Sepik Hills women. In addition, there is a market held twice a week on Chambri where foodstuffs are available for purchase with money, they also handle marketing, and food preparation while Chambri men, in addition to their ritual responsibilities, build houses, canoes, and carve artifacts.

Formerly, warfare and production and trade in stone tools were also important male activities but women have also began to take on the responsibility.

Mothers also take responsibility for primary Socialization in the Chambari society although, they frequently leave their children with their sisters or with other women when they have work to do, particularly when they go out to fish. Young children are rarely left with men who, although affectionate and indulgent, regard excrement and urine as polluting.

Chambri society is largely egalitarian with all patricians, except those linked through marriage, considered potential equals.

Gender relations are also of relative equality, with men and women operating in largely autonomous spheres.