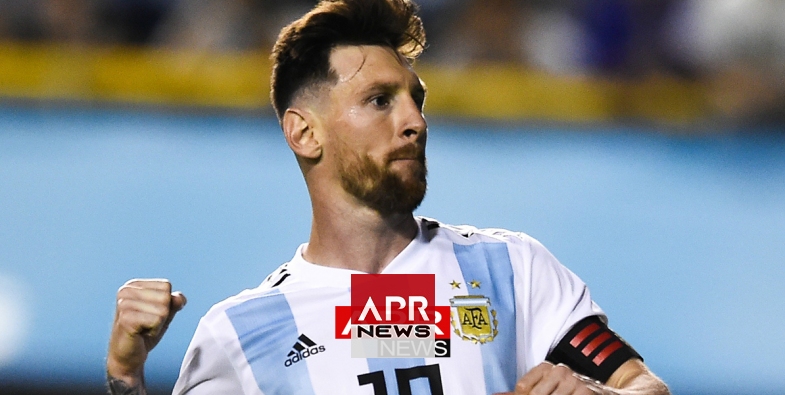 AFRICANEWS - The Palestine Football Association chief urged fans on Sunday to burn pictures of Argentina striker Lionel Messi and replicas of his shirt if he plays against Israel in Jerusalem next weekend.

Twice world champions Argentina will play at Jerusalem’s Teddy Kollek Stadium on June 9 in a World Cup warm-up match that has attracted huge interest among the Israeli fans, mainly because of Messi’s planned participation.

Palestinians protest Jerusalem venue
But the Palestinians are not happy that the match will be held in Jerusalem and Palestinian FA chief Jibril Rajoub wrote to Claudio Tapia, the head of the Argentinian FA, last week accusing Israel of using the match as a “political tool”.

He’s a big symbol so we are going to target him personally and we call on all to burn his picture and his shirt and to abandon him. We still hope that Messi will not come.

The stadium that will host the match is in West Jerusalem. The Palestinians want the Eastern part of the city as the capital of a future state that will include the Gaza Strip and the Israeli-occupied West Bank.

However, the status of the city generally is highly sensitive. The match was originally slated to be played in Haifa but Israeli authorities contributed funding for it to be moved to Jerusalem, irking Palestinians further following US President Donald Trump’s recognition of the city as Israel’s capital. The US embassy was moved there last month.

“The Israeli government has turned a regular sports match into a political tool. As was widely covered in Argentinian media, the match now is being played in order to celebrate the ‘70th anniversary of the State of Israel’,” part of Rajoub’s letter said.

Why Messi?
On Sunday, Rajoub declared a campaign against Argentina and particularly Messi, noting he has millions of fans across the Arab and Islamic world, Asia and Africa.

“He’s a big symbol so we are going to target him personally and we call on all to burn his picture and his shirt and to abandon him. We still hope that Messi will not come,” he told reporters after leaving the Argentinian representative office in the West Bank town of Ramallah.

Argentina have made four previous pre-World Cup stopovers in Israel since 1986. The team has been drawn in World Cup Group D and will open its campaign against Iceland in Moscow on 16 June, before taking on Nigeria and Croatia.