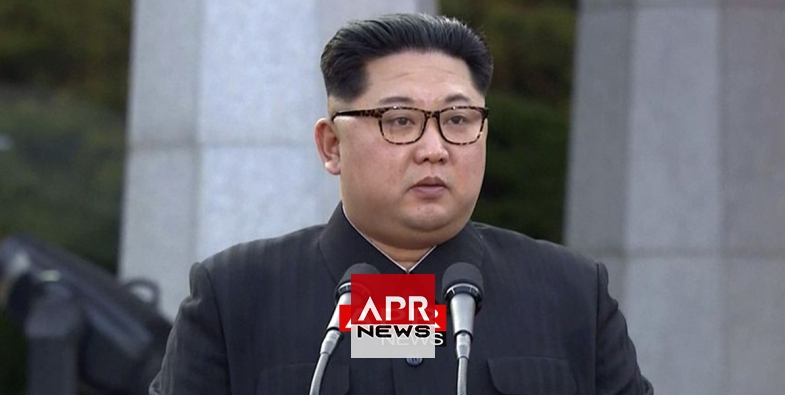 APRNEWS - North Korea is experiencing its worst drought in over a century, official media reported Friday, days after the World Food Programme expressed “very serious concerns” about the situation in the country.

The isolated, impoverished North — which is under several sets of sanctions over its nuclear weapon and ballistic missile programmes — has long struggled to feed itself and suffers chronic food shortages.

It recorded its worst harvest for a decade last year, according to the United Nations, down by 500,000 tonnes as natural disasters combined with its lack of arable land and inefficient agriculture to hit production.

In the year to Wednesday the North received just 56.3 millimetres of rain or snow, the Rodong Sinmun newspaper reported Friday, the lowest since 1917.

Water was running out in the country’s lakes and reservoirs, said the paper, the official mouthpiece of the ruling Workers’ Party, adding: “The ongoing drought is causing a significant effect on the cultivation of wheat, barley, corn, potatoes and beans.”

In their most recent estimates, the UN’s Food and Agriculture Organization and the World Food Programme (WFP) said about 10.1 million North Koreans — 40 percent of the population — were suffering from severe food shortages, a similar figure to recent years.

Hundreds of thousands are believed to have died during a famine in the mid to late 1990s, a period known as the “Arduous March” in the North.

Pyongyang has been frequently condemned by the international community for decades of prioritising the military and its nuclear weapons programme over adequately providing for its people — an imbalance some critics say the UN’s aid programme encourages.

But neighbouring areas are also seeing low rainfall this year.

The South received just 157 mm of rain in the same period this year, less than half the 364 mm in 2018, Seoul’s Korea Meteorological Administration said, describing it as a “mild drought”.

And according to China’s National Meteorological Centre, rainfall in northeast China — which includes the provinces of Liaoning and Jilin, which border North Korea — was 27.6 mm in the year to May 9, down 55 percent on 2018.

“We have very serious concerns” about the situation in the North, WFP’s executive director David Beasley said during a visit to the South earlier this week.

– Missile launch –
Seoul is currently planning to provide $8 million of food aid to the North as President Moon Jae-in seeks to salvage diplomacy between Pyongyang and Washington following the collapse of the Hanoi summit.

But the move is politically controversial after the North sought to raise the pressure by launching several short-range missiles earlier this month, its first such tests for more than a year.

“The issue of food aid should be considered from a humanitarian perspective as fellow Koreans, regardless of the security issues,” said South Korea’s National Security Advisor Chung Eui-yong.

The Unification ministry also said it will give a group of South Korean businessmen permission to visit a joint industrial complex in the North — once a moneyspinner for Pyongyang — for the first time since it was shut down in 2016.

It was not immediately clear whether the North would let the trip take place.

International sanctions against Pyongyang technically do not ban humanitarian aid, but strict interpretations of restrictions on banking transactions and imports by the North — along with a travel ban for American citizens — have hampered relief groups’ activities.

The North previously reported it was experiencing its “worst drought in 100 years” in June 2015.