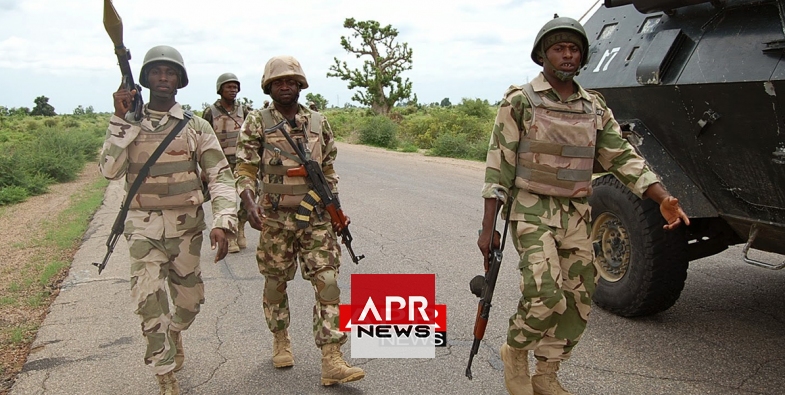 APRNEWS - Soldiers have fought off attempts by Boko Haram fighters to overrun two army bases in northeast Nigeria, security sources told AFP on Friday, in the latest attacks to hit the region.

Jihadists attacked a forward operation base in the town of Bama, some 70 kilometres (45 miles) southeast of the Borno state capital, Maiduguri, at about 3:45 am (0245 GMT) Friday.

“The terrorists were in many vehicles… and engaged soldiers in a battle which lasted until 7:05 am,” said one military source, speaking on condition of anonymity.

“The terrorists were repelled and the base was secured. No casualty has so far been recorded.”

A second military source confirmed the account and said reinforcements were sent from a battalion stationed in Bama itself.

The attack came after Boko Haram fighters attacked a military base in the town of Rann, in northern Borno near the border with Cameroon, at about 9:30 pm on Thursday.

“The terrorists came in four gun trucks and several motorcycles and attacked the base of 3 Battalion in Rann,” the first source said in an account supported by local civilian militia.

“It was a heavy fight that lasted for an hour before the terrorists were pushed out with aerial support.”

The officer said the Islamist militants set fire to some homes as well as a Unicef clinic in the town as they withdrew. There were no military casualties, he added.

Bama and Rann have been repeatedly attacked in the nine-year conflict, which has killed more than 27,000 people, left nearly two million people homeless and devastated northeast Nigeria.

The Islamic State-backed faction of Boko Haram has been blamed or claimed responsibility for more than 20 attacks on military bases since mid-July, killing scores of troops.

The attacks have raised questions over the government’s claim to have virtually defeated Boko Haram and prompted the army to reorganise senior commanders.

Civilians have borne the brunt of the violence and on Thursday, six Boko Haram gunmen attacked a group of 20 women collecting wood outside the town of Ngala, some 35 kilometres northwest of Rann.

“The only (ethnic) Shuwa (Arab) among the women was shot dead while the remaining 19, who were mostly Kanuri, were flogged by the terrorists,” said militia leader Umar Kachalla in Ngala.

“The terrorists also shaved the heads of the 19 women with knives before letting them go.”

The women were living in a camp for displaced people and left the camp early on Thursday morning without authorisation after the surrounding area was deemed to be safe, said Kachalla.

Attacks on Shuwa have increased since the involvement of Chadian troops in the regional counter-insurgency, as the Chadian military has Shuwa troops in its ranks.