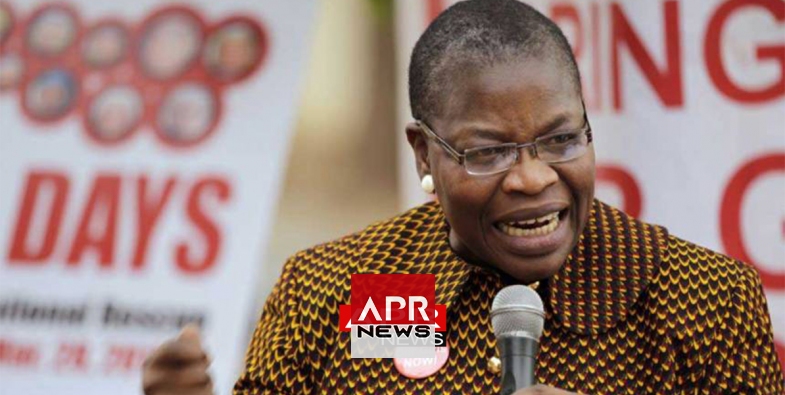 She says, the two evils, are at the heart of her desire to step up to the office of president and to effect the needed change. She was speaking in an interview with the CNN’s Christiane Amanpour.

Asked how Nigeria with all its resources still had huge poverty figures, Ezekwesili said: “It is what happens when there is bad governance. Bad governance is so endemic when there are no expectations of results from those that govern society, and therefore there is no demand for accountability.

And even when there is demand for accountability, there is no incentive on the part of the people who govern to produce results. I was one of the co-founders of Transparency International and we know that corruption is a tax on the poor.

Continuing to the issue of corruption she said: “And we already know that there are ways to tackle corruption. You prevent opportunities for corruption, you reduce corruption and part of what my agenda is, is to deregulate the economy in the kind of way that public officials don’t have too much presence in the economy to be able to utilize it for personal gain.

“And also to complement the action on the prevention side with a system that punishes corruption every time it happens, because then you create a deterrent against the very malignant, cancerous action that has kept our country underdeveloped.

Ezekwesili, a former minister, is also leader of the Bring Back Our Girls group campaigning for the release of Chibok girls “stolen” by Boko Haram in 2014. She buttressed her aspirations with her previous record of having worked on fixing Nigeria’s public procurement system and her work on the Extractive Industries Transparency Initiative, EITI.

“The lack of courage by our society to stare down at these ones who have given us bad governance is now over. It is time to confront it and I believe that I am the candidate of the Nigerian people.

“I am not running alone as we say, we are all running, all of us that want a different country, a new direction for our country are running together. This is a contest between the established class of politicians who have not delivered anything meaningful in governance and the rest of us.

“I simply am the candidate who is providing direction for the rest of society to take on these folks,” she added.

She is by a mile the most vibrant candidate behind incumbent Muhammadu Buhari of the ruling All Progressives Congress, APC, and ex-veep Atiku Abubakar of the main opposition Peoples Democratic Party, PDP.