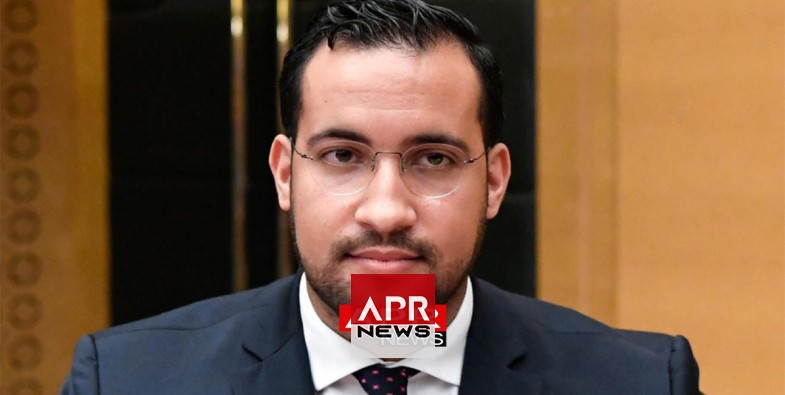 This was announced on Wednesday in front of the Senate Law Commission by Macron’s chief of staff, Patrick Strzoda.

“We now know that Mr. Benalla used these passports almost 20 times between August 1, 2018 and December 31,” said Strzoda, indicating that he had just learnt this new information. “The first use was from August 1 to 7” and then the documents were used again in October, November and December.

The Minister for Foreign Affairs, Jean-Yves Le Drian, confirmed on Wednesday that according to “corroborating evidence”, passports had been used by Benalla “on many occasions and as early as August”.

Media reports shortly before Christmas revealed that Benalla still had diplomatic passports and was travelling on business with African leaders.

According to the newspaper Le Monde, Benalla travelled to N’djamena in Chad on December 5 and 6 with “half a dozen people by private plane”, three weeks before Macron’s official state visit to the country.

Benalla explained that this was a business trip, involving investment projects in Chad with “big bosses from the Middle East”. He then met with Chadian President Idriss Déby for two hours.

Le Drian first learnt of Benalla’s trip to Chad on December 24, he told the Senate committee investigating the Benalla case. He then referred the matter to the public prosecutor for the unlawful use of diplomatic passports by the former Élysée adviser.

Le Drian conceded that the French ambassador in N’djamena had been aware of the visit at the time Benalla was in Chad but had not informed his superiors.

“On December 26, I asked our ambassador about this subject. He informed me that he had known of this trip but that he did not consider it necessary to report it,” said Le Drian.

“I consider that there was a lack of appreciation on the part of our ambassador and he has since acknowledged his mistake,” he added without further explanation.

Le Drian said that Benalla had used his diplomatic passport to enter at least Chad and Israel.

“I have received confirmation from Chad but also from the Israeli authorities that he used his diplomatic passport,” he said.

Le Drian also denied that Benalla could have acted as an intermediary in parallel diplomacy.

“I have informed all our posts, at the request of the President of the Republic, that no one can claim to be anyone’s intermediary,” he added.

Le Drian also pointed out that Benalla’s two diplomatic passports had only been invalidated on December 28, almost two months after an official request, due to an “incompatability” between the computer systems of the two ministries.

The Paris Public Prosecutor’s Office, referred to it by the Ministry of Foreign Affairs, opened a preliminary investigation on 29 December against Benalla for the failure to return his two diplomatic passports.