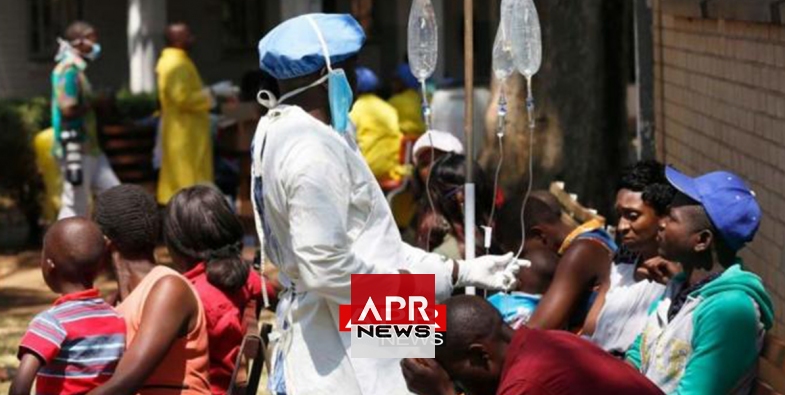 APRNEWS - The Zimbabwean government says it is concerned about the number of people still presenting with cholera signs and symptoms, in spite a vaccination programme against the diarrhea disease that started last week.

Epidemiology and Disease Control Director, Ministry of Health and Child Care, Portia Manangazira, said that as of Tuesday, 40 new cases had been reported in Harare’s south-western high density suburbs of Glen View and Budiriro, state media reported on Friday.

Two other suspected cases had also been reported in nearby Chitungwiza town, south of the city.

Manangazira said as of Tuesday, 63 per cent of the population in Budiriro and 80 per cent in Glen View had been vaccinated.

She added that although effective public health intervention required a vaccinated rate of more than 80 per cent, the government was satisfied that those, who had been vaccinated would be able to protect others.

At least 49 people, mainly from Harare, have died from cholera since early September.

The government intends to vaccinate about 1.4 million residents in 13 selected high density suburbs in Harare and the environs of Chitungwiza and Epworth.

On Sept. 11, a cholera outbreak in Zimbabwe has killed at least 20 people and sickened 2,000 others in the past week, the country’s new health minister said, as he declared a state of emergency in the capital, Harare.

“This whole problem is a result of blocked sewers. And these were reported and were never repaired for at least two months.”

“As we speak,” he added, “I’m told by the mayor that they are busy repairing the blocked sewers.”

Similarly, a total of 11 candidates have been nominated for interviews to fill the post of Prosecutor-General (PG) in Zimbabwe, following the resignation of Ray Goba in August.

A notice from the Judicial Service Commission (JSC) on Friday announced that the commission would on Nov. 1 conduct public interviews for the candidates, who include the current acting PG, Kumbirai Hodzi and former Deputy PG, Florence Ziyambi.

Ziyambi was earlier this year moved from the PG’s office and reassigned to the Office of the President and Cabinet as a government lawyer.

All in all, four female candidates are vying for the post, with the others being former Zimbabwe Human Rights Commission technical adviser, Noria Mashumba and Wendy Chingeya.

Incidentally, Chingeya was part of a three-member tribunal appointed by President Emmerson Mnangagwa in July to investigate the then suspended Goba, who had been accused of misconduct and incompetence by the JSC.

However, the tribunal did not carry out the work following Goba’s resignation.

There is pressure for the next PG to be a woman, with the Professional Women, Women Executives and Business Women’s Forum appealing to Mnangagwa this week to consider appointing a woman as part of efforts to empower them and enhance gender equality.