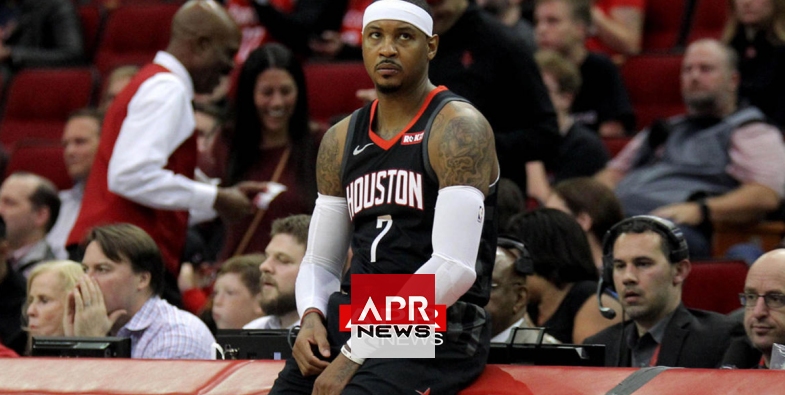 Anthony will not travel with the team for Tuesday’s game against the Denver Nuggets, marking his third straight missed game with the Rockets. The organization says he out with an illness.

General manager Daryl Morey called speculation about Anthony’s future as “unfair,” but ESPN notes the Rockets could place Anthony on waivers as soon as Monday.

According to ESPN, several GMs and their respective coaches are discussing whether Anthony could be helpful to their organizations. However, Wojnarowski notes it’s a tough time of year for teams to make roster moves, and “patience” could be Anthony’s best short-term course of action.

Anthony has appeared in 10 games this season with two starts, averaging 13.4 points and 5.4 rebounds in 29.4 minutes.

Anthony, 34, signed a one-year, $2.4 million veteran’s minimum contract with the Rockets after he agreed to a buyout with the Atlanta Hawks before the start of the season. Houston would be on the hook for that contract if it decides to waive him.

Anthony’s next opportunity to play will be Thursday when the Rockets return home to face the Warriors.