N. Korea Threatens to Cancel Planned Summit with US 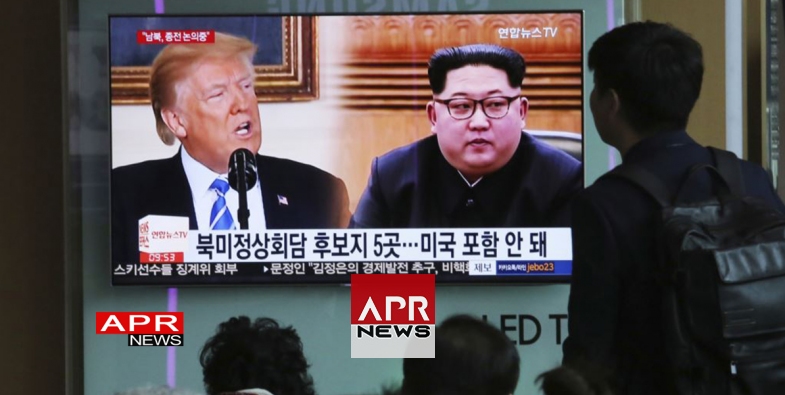 N. Korea Threatens to Cancel Planned Summit with US

In a statement released Wednesday morning through the North's official KCNA news agency, first Vice Foreign Minister Kim Kye Gwan says Pyongyang will have to "reconsider" whether to take part in the June 12 meeting in Singapore if the United States continues to demand that the regime unilaterally abandon its nuclear weapons arsenal.

Kim said North Korea will not be interested in the summit if Washington tries "to push us unilaterally into a corner and force us to give up nukes."

The statement is the latest move by North Korea in just the last 24 hours that appears to scuttle a new period of detente on the Korean peninsula. High-level talks scheduled for Wednesday with the South were abruptly cancelled by Pyongyang, citing the current joint U.S.-South Korean military exercises. KCNA said the Max Thunder exercises are a "rehearsal for invasion" of North Korea and a provocation.

The statement also warned that the U.S. "will also have to undertake careful deliberations about the fate of the planned North Korea-U.S. summit in light of this provocative military ruckus jointly conducted with the South Korean authorities."

The White House has said very little except to say it will continue to coordinate closely with its allies.

The Pentagon describes the Max Thunder exercises as a routine annual training to "enhance the ROK-U.S. alliance's ability to defend the ROK (South Korea) and enhance interoperability and readiness." It says this has been clear for many decades.

State Department spokeswoman Heather Nauert pointed out that Kim has said he understands and appreciates the importance of such exercises to the United States. She said as of now, the U.S. is still going ahead with plans for the summit with Kim.

But others who have worked closely with the North over the years say there are hardliners who may want to sabotage diplomatic negotiations they believe could imperil the Kim dynasty.

Seoul said Wednesday's talks between the North and South were to have focused on demilitarization and plans to formally end the Korean War.