Monaco suspends Thierry Henry after only three months as coach 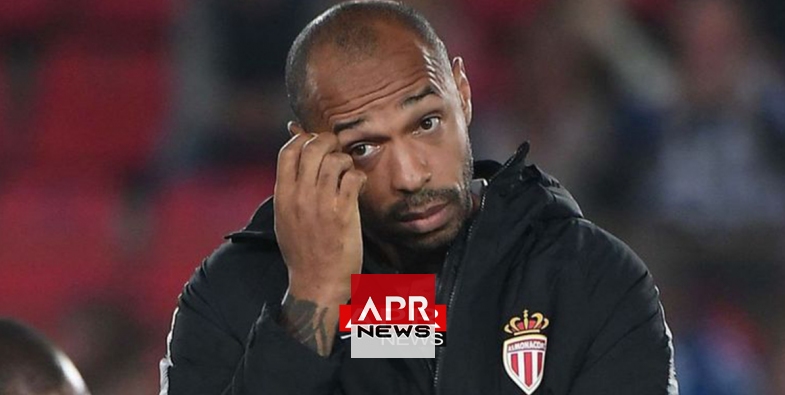 Monaco suspends Thierry Henry after only three months as coach

APRNEWS - After a stellar playing career that saw him win countless club and international honours, Thierry Henry's hopes of enjoying a managerial golden touch suffered an ignominious start after his suspension on Thursday as Monaco coach.

Henry was removed from his coaching duties after he failed to spark a change in fortunes at the struggling club, who are second-from bottom in Ligue 1 and facing relegation not even two years after beating moneybags Paris Saint-Germain to the league title and reaching the semi-finals of the Champions League.

With the sack waiting around the corner it's a disastrous end to a first job in the dugout for Henry, who left his home country in 1999 a World Cup winner and went on to win a host of titles at Arsenal and Barcelona before retiring as a player just over four years ago.

The 41-year-old was one of the greatest players of his generation, the all-time leading goal-scorer for both Arsenal and the French national team and a Champions League winner with Barca.

Henry returned to Monaco, where he began his playing career, after impressing Belgium's players as an attacking coach during the country's run to last year's World Cup semi-finals -- where they lost to France.

He had been combining that role with an extremely well remunerated punditry job in England for Sky, where he didn't hold back in expressing his opinions -- Henry was vocal in worrying about the direction Arsenal were taking towards the end of his mentor Arsene Wenger's long reign.

"Over the last four years I have had some extremely rewarding coaching experiences in football. These experiences have only made me more determined to fulfil my long term ambition to become a football manager," Henry wrote on Twitter this summer after he quit his pundit job.

However any ambitions Henry might have had on the Arsenal job will have to be put on hold following his miserable three-month spell in charge of Monaco, during which time they won just two league matches, finished bottom of their Champions League group and were knocked out of the French Cup by second-tier Metz.

Born in the Paris suburbs to parents from the French Caribbean islands of Guadeloupe and Martinique, Henry made his debut with Monaco in 1994, aged 17.

His full France debut came aged 20 in 1997, and the following year he scored three goals as Les Bleus won the World Cup as hosts.

Henry also won Euro 2000 with his country and scored 51 goals in 123 appearances, although his international career ended in unhappy circumstances.

After his controversial handball against Ireland secured qualification for the 2010 World Cup in South Africa, Henry and France were knocked out in the group stage in a campaign marred by a player mutiny.

But nothing can sour his reputation at Arsenal, whom he joined in 1999 after a brief stint at Juventus. He scored 228 goals for the Gunners, notably starring in the "Invincibles" team that won the league unbeaten in 2004.

After leaving Arsenal in 2007, he had three years at Barcelona capped by winning the Champions League under Pep Guardiola in 2009, before finishing his career in MLS in the United States.

His first stint as a manager has not reached those heights and he will surely be sacked in the coming days as the struggling side desperately seek to beat the drop.