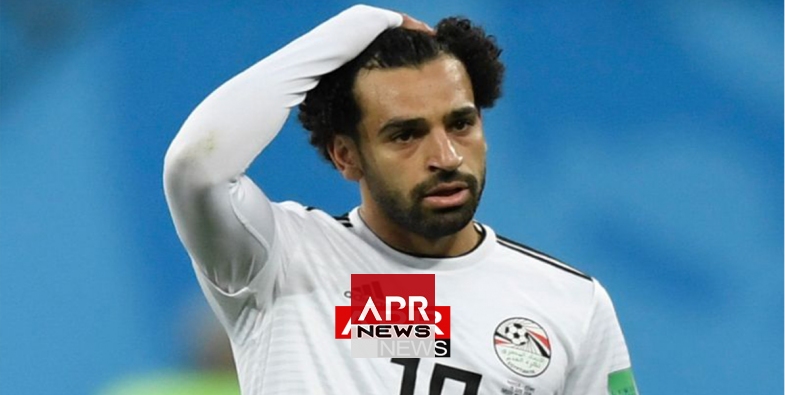 APRNEWS - Mohamed Salah’s World Cup campaign arguably ended when Egypt’s talisman tumbled to the turf in the Champions League final in Kiev on May 26.

Uruguay administered the last rites on Wednesday but the Pharaohs already knew the writing was on the wall.

Salah returned to action for the first time in three weeks for his side’s do-or-die clash with hosts Russia in Saint Petersburg on Tuesday but was a pale imitation of the player who dazzled for Liverpool last season, scoring 44 goals.

He did get on the scoresheet late on from the penalty spot in Saint Petersburg but it was too little, too late, with Russia already 3-0 up and steaming towards the last 16.

The hosts and Uruguay, both in Group A, became the first two sides into the knockout round on Wednesday after the South Americans beat Saudi Arabia 1-0 in Rostov.

Salah carried his country to their first World Cup since 1990, scoring five of his side’s eight goals in the the third qualifying round.

But Egyptian excitement that he was appearing on the biggest stage in club football last month turned to fear when he trudged off the field in tears after being hauled to the ground by Real Madrid captain Sergio Ramos.

The Spanish captain quickly became a hate figure for furious Egyptian fans on social media, but there was no quick remedy for the damage Ramos inflicted.

Salah could only watch from the bench as Egypt conceded late to lose 1-0 to Uruguay in their opening game, leaving coach Hector Cuper little choice but to risk his best talent for the must-win game against Russia.

He manfully tried to carry the expectations of a nation on one good shoulder but Stanislav Cherchesov’s men were in no mood to play the role of accommodating hosts.

On the eve of the match, Cherchesov said he saw nothing wrong in Ramos’s challenge, insisting he only saw the Real skipper “holding the cup of the Champions League” at the end of an action-packed night in Kiev.

One Russia fan even attended the game with Ramos’s name and number on the back of a Real shirt. After the game Cherchesov said his mission to stop Salah had been successful.

“If he was not injured, it is very difficult to know what would have happened but we know the quality he has,” lamented Cuper, who admitted at the very least Salah’s match sharpness had been blunted.

“He wasn’t in all the preparation with us and that cost him a little bit of his physical ability. He would have worked almost three weeks with us before the first game, with the same intensity as the rest of the team.”

Salah, whose team still have a dead rubber to play against the Saudis, celebrated his 26th birthday on the day of the Uruguay defeat, meaning time is still on his side for him to return to the World Cup stage.

But injury at the most inopportune time has soured the season that made him a worldwide phenomenon.