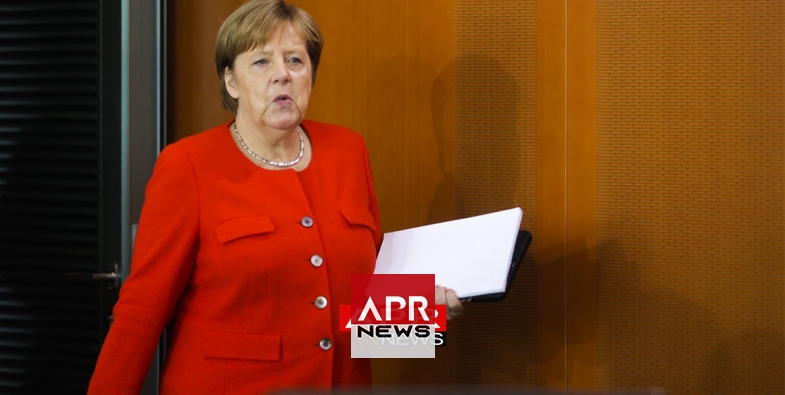 APRNEWS - Almost three years after German Chancellor Angela Merkel’s fateful welcome to a million migrants, her boldest move has come back to haunt her, with opponents at home and abroad smelling blood.

US President Donald Trump, always an uneasy partner, openly attacked Merkel on immigration last week, declaring on Twitter that “the people of Germany are turning against their leadership”.

Now, as Merkel heads into a crucial EU summit starting Thursday, she must fight for solutions to the flashpoint issue to resolve a deep political crisis threatening her at home.

The far-right Alternative for Germany (AfD) has long chanted “Merkel must go”, but now her traditional allies the conservative Bavarian CSU are flirting with the same idea.

The open challenge against Merkel is led by CSU boss and Interior Minister Horst Seehofer, who has cultivated ties with anti-immigration hardliners in Austria, Hungary and Italy.

Seehofer has threatened to defy Merkel and order border police from next week to turn back asylum seekers already registered in other EU countries — unless Merkel reaches an agreement on how to handle them with other member states.

Such open defiance would give Merkel little choice but to fire Seehofer, likely sparking a split between her CDU and the CSU that would cost the chancellor the wafer-thin governing majority she stitched together after a much weaker than expected performance in September elections.

Merkel, having long ago moved her CDU party to the political centre, now faces “a putsch from the right”, said a leader of the far-left Die Linke party, Bernd Riexinger, watching the spectacle from the sidelines.

Another gleeful onlooker, Christian Lindner of the Free Democrats, pointed to Merkel’s “dramatic loss of authority”, while also accusing the CSU of “holding hostage an entire continent”.

Amid growing fears of a government collapse, the CDU and CSU have toned down their rhetoric and on Tuesday both stressed their “common destiny” — but the core issue remained unresolved after four hours of late-night talks.

Adrift at sea
Amid the chaos, Germany’s influential mass-circulation Bild daily has turned on Merkel, suggesting her political demise is near while running daily stories about criminal migrants and fraud in the asylum bureaucracy.

Opening yet another front, her other coalition allies, the Social Democrats, are demanding she more boldly support French President Emmanuel Macron’s dream of sweeping EU reforms.

In her over 12 years at the helm of the EU’s biggest economy, Merkel has fought her way out of many tight spots and she looks grimly determined to do so again.

A Spiegel weekend poll pointed to a paradox: most German voters still want “Mutti” (mummy) to lead them, even as they demand a much tougher line on immigration.

Merkel is now pledging to deliver “bilateral, trilateral and multilateral” deals with other EU states, including Italy’s populist far-right government — but she is running against time to deliver outcomes in days that have eluded her for years.

In recent weeks, Italy has raised the temperature by turning away migrant rescue ships.

In an increasingly divided bloc, Merkel’s closest ally now is the passionately pro-European Macron, stealing the show from the one-time “Queen of Europe” as the bloc’s new voice on the world stage.

‘Endgame’
Merkel’s worst crisis yet stems from her mid-2015 decision to keep open German borders to a mass influx of mostly Muslim asylum seekers fleeing war and misery in countries such as Syria, Iraq and Afghanistan.

The arrival of more than one million migrants sparked the backlash that drove the rise of the anti-Islam AfD, at the expense of all mainstream parties including Merkel’s CDU.

Even though arrivals have fallen sharply since then, the CSU has adopted its harsher stance as it panics about the AfD destroying its governing majority in Bavaria in October elections.

The crisis will either be defused or reach an ugly finale in coming days, which Bild and other media have dubbed the “Endgame”.

Recent polls have offered Merkel a glimmer of hope, suggesting that the CSU’s brinkmanship is not playing well with voters who abhor the chaos and instability it has created.

But whether Seehofer will pull back from the precipice is a big unknown, and all scenarios seem possible.