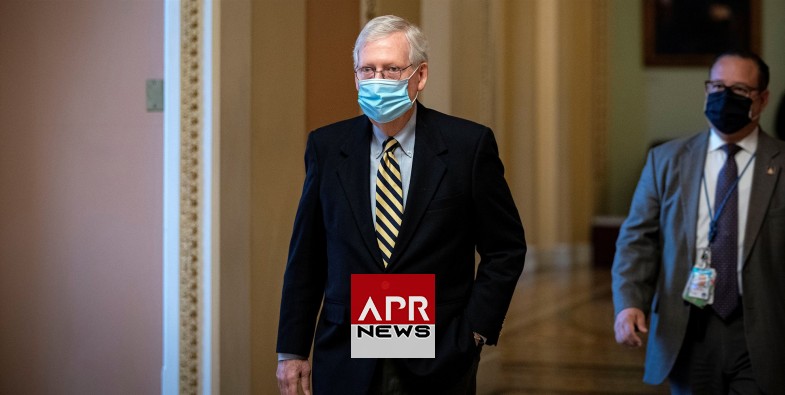 Senate Minority Leader Mitch McConnell, R-Ky., signaled late Monday night that he was open to a power-sharing agreement with Democrats that did not include a written commitment to keeping the filibuster.

The Senate is split 50-50 along party lines, with Vice President Kamala Harris, as president of the Senate, giving Democrats narrow control as the tiebreaking vote to push President Joe Biden's legislative priorities.

McConnell had said he wanted Democrats to promise to preserve the 60-vote threshold to pass nearly every piece of legislation — a rule known as the filibuster — in exchange for the transfer of control of the Senate's committees.

Democrats, including Majority Leader Chuck Schumer of New York, have said the party is unwilling to make that promise. That has left the chamber stuck at an impasse without establishing the new majority.

He said in a statement: "Today two Democratic Senators publicly confirmed they will not vote to end the legislative filibuster. They agree with President Biden's and my view that no Senate majority should destroy the right of future minorities of both parties to help shape legislation.

It remains to be seen whether McConnell will follow through, drop his blockade and hand over the gavels of the Senate's powerful panels.

India : Exhausted Migrants Fell Asleep On Tracks. 17Run Over By...
Seventeen migrant workers in a group of 20 were killed after a cargo train...
449 vues
4

No fresh cases in 42 districts in 28 days, clinical trials for...
The Indian Council of Medical Research (ICMR) has received approval to...
388 vues