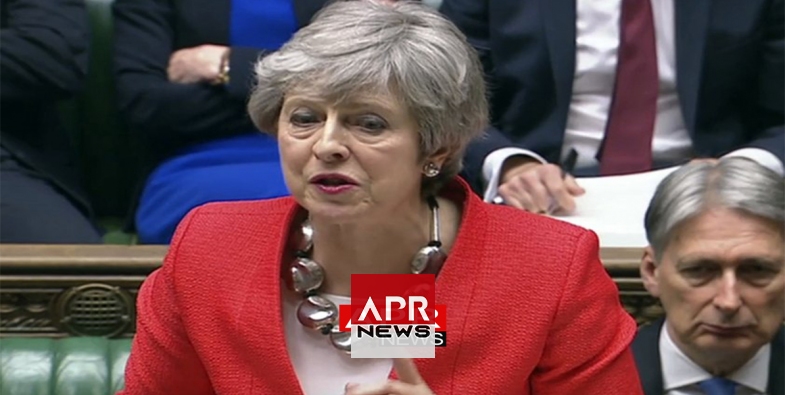 APRNEWS - After it rejected PM's Brexit deal 17 days before the planned leaving of the EU, UK Parliament will have to decide between leaving the European Union with no deal and delaying Brexit.

Britain's Parliament has dealt a major blow to Prime Minister Theresa May, resoundingly rejecting her Brexit deal just 17 days before the U.K. is due to leave the bloc.

Lawmakers voted by 391 to 242 against the deal, the second time they have defeated it.

The House of Commons threw out the agreement by an overwhelming majority in January, sending May back to the EU to seek changes.

On Monday, May said she had secured "legally binding" changes to allay lawmakers' fears -- but it wasn't enough.

Lawmakers will now vote on whether to leave the EU without a deal on the scheduled date of March 29, or to ask the bloc to postpone Britain's departure.

May sais she "profoundly regrets" the House of Commons rejection of her deal Tuesday and said delaying Britain's departure won't solve the underlying problem.

She added Parliament will be given a chance to "decline" leaving the EU without a deal on March 29 in a Wednesday vote.

If that is the choice, Parliament will decide Thursday whether to seek an extension that would delay Britain's departure date.

May cautioned that the EU will need a reason to approve a delay.

The European Union said in response to the vote that the British Parliament's rejection of the revised divorce deal "has significantly increased the likelihood of a 'no-deal' Brexit," and that its members "have done all that is possible to reach an agreement."

The statement said the European Commission and EU members will continue to prepare for Brexit happening without a deal in place and "ensure that we will be ready if such a scenario arises" on March 29.

The EU said it will "expect a credible justification" if the UK asks to postpone its departure.