Manhunt underway after deadly shooting in Dutch city of Utrecht 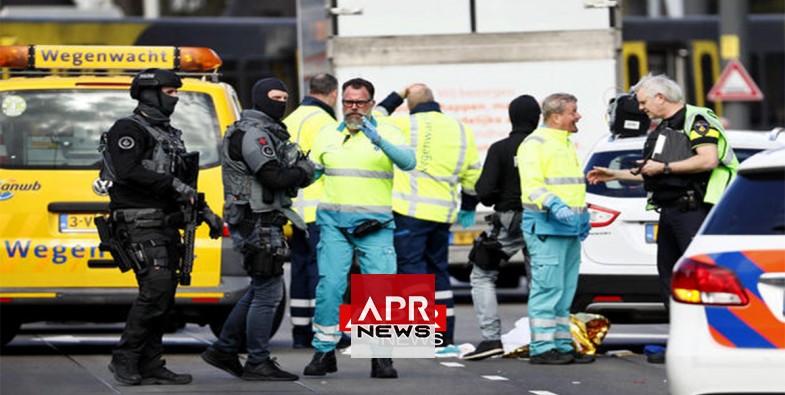 Manhunt underway after deadly shooting in Dutch city of Utrecht

APRNEWS - The head of the country's counter-terror agency said there were shootings at "several" locations in the Dutch city of Utrecht on Monday, with police reporting at least one dead and several others wounded.

The shooter or shooters remain at large.

Dutch police said they were looking for a 37-year-old Turkish man in connection with the shooting.

“The police ask you to watch out for 37-year-old Gokman Tanis (born in Turkey) in connection with this morning’s incident,” a police statement said.

Emergency services flooded the area around a busy traffic intersection in the west of the city where the initial shooting on a tram took place.

“Several shots were fired in a tram and several people were injured. Helicopters are at the scene and no arrests have been made,” said police spokesman Joost Lanshage.

The National Anti-Terrorism Coordinator said it had raised the alert level in the Utrecht area to the maximum of five.

The tram shooting "appears to be a terrorist attack", said the head of the country's counter-terrorism agency, Pieter-Jaap Aalbersberg, cited by Dutch broadcaster NOS.

Security has been increased at schools, mosques and transportation hubs including airports, with Prime Minister Mark Rutte describing the situation as "very worrying". Security was also stepped up at mosques.

Local media showed photographs of masked, armed police and emergency vehicles surrounding a tram that had stopped near a road bridge.

"The culprit is still on the run. A terror motive cannot be excluded," Aalbersberg said in a Twitter message. He called on citizens to closely follow the instructions of local police.

Dutch police said they were looking for a least one person who might have fled by car.