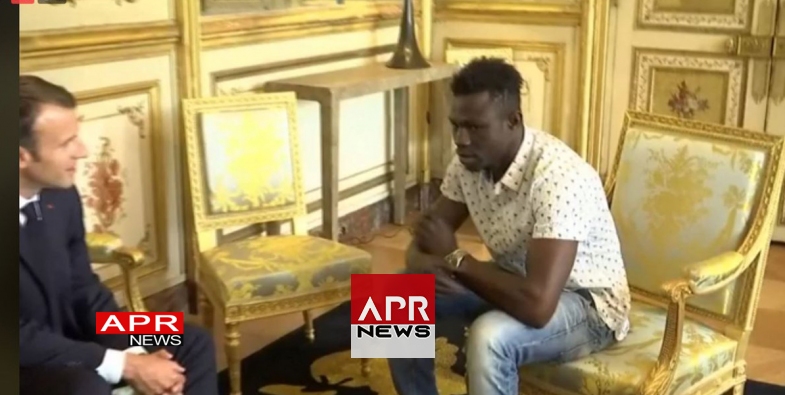 AFRICANEWS- A 22-year-old man played a modern-day spider-man role when he climbed up the balustrade of a Paris storey building to rescue a baby who was clinging from the fourth floor.

The video of the man climbing swiftly up the floors till he picked the baby to safety has since gone viral on social media. He has been identified as a Malian migrant called Mamoudou Gassama.

He has since met with French president Emmanuel Macron at the Elysee Palace as at this morning. The Mayor of Paris has also said she will help Mamoudou to secure French citizenship given his status as an undocumented migrant.

That is why I decided to climb up and thanks to God, God save him.

“A great bravo to Mamoudou Gassama for his bravery that saved the life of a child last night. I was pleased to speak with him today by telephone, in order to thank him warmly,” Mayor Anne Hidalgo said in a tweet.

She added: “He explained to me that he had arrived from Mali a few months ago, dreaming of building his life here. I replied that his heroic gesture is an example for all citizens and that the city of Paris will obviously be committed to supporting his efforts to establish himself in France.”

Speaking to a Paris-based media outlet, Gassama explained that at a time when cars were honking and other people wailing he thought of a solution to the situation.

“That is why I decided to climb up and thanks to God, God save him,” he added.

United Kingdom : No more new petrol and hybrid cars from 2035
Prime Minister Boris Johnson is seeking to use the announcement to elevate...
105 vues