Malema on Theresa May visit: South Africa should withdraw from Commonwealth 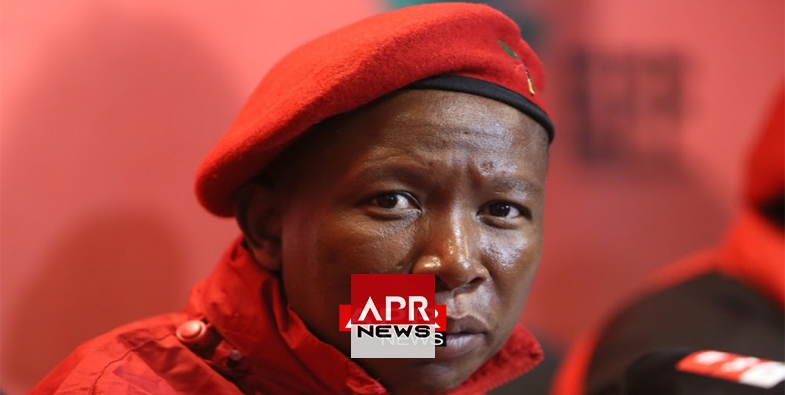 Malema on Theresa May visit: South Africa should withdraw from Commonwealth

APRNEWS - South Africa’s vocal opposition politician, Julius Malema has challenged Africans to work towards having a decolonised continent, adding that the journey can start with small steps before taking on grand ambitions.

Malema, who was briefing journalists in the wake of the visit to South Africa by British prime minister, Theresa May, said the policy of his Economic Freedom Fighters party (EFF) is to withdraw the country from the Commonwealth.

The Commonwealth is a voluntary association that brings together 53 member states, including former colonies of the British empire.

The commonwealth is presided over by the coloniser and we reject that. That type of respect that we give to the coloniser is the one that perpetuates white supremacy.

‘‘The commonwealth is presided over by the coloniser and we reject that. That type of respect that we give to the coloniser is the one that perpetuates white supremacy,’‘ Malema declared.

Malema’s vision for Africa
He added that relics of the coloniser’s system like the judicial wigs need to be eliminated.

‘’ It is through small things that we can achieve the total freedom of South Africa. Like that wig that judges wear…does it mean that you can only think when you wear the hair that resembles that of a white man?’‘

Members of the Commonwealth use English as the official language in addition to using a common legal system.

Malema then said generations to come must develop a common language that can be used throughout the continent. He singled out Swahili as a potential language that could fit this rôle.

‘‘We need a border-less continent, We need one currency, one paliarment and one President that can unite the continent. We need a United States of Africa. We need one Africa,’‘ Malema said.