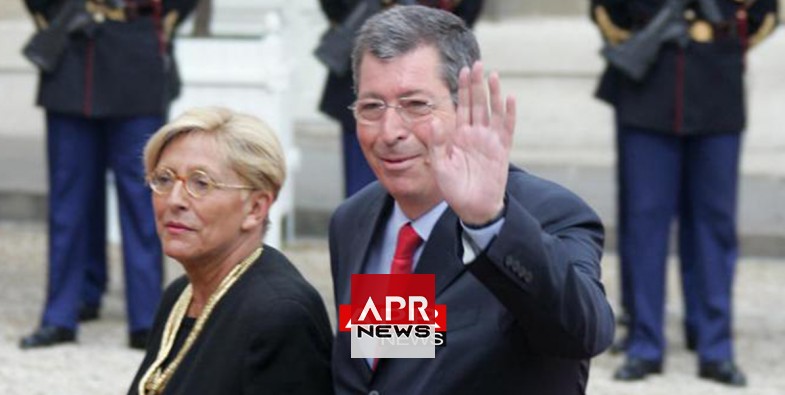 APRNEWS - A political power couple – mayor and deputy mayor of a wealthy town west of Paris – go on trial Monday on suspicion of hiding more than 13 million euros of ill-gotten assets, including two luxury villas, from the French state.

A Paris court will spend six weeks wading into the financial morass – shell companies in Panama and the Seychelles, bank accounts in Lichtenstein and Singapore, and Swiss trustees and loyal front men – that investigators say the couple used to hide over 13 million euros in assets.

The investigation into Patrick and Isabelle Balkany Les Républicains mayor and deputy mayor of Levallois-Perret, a wealthy town west of Paris began in 2013 after another corruption investigation into a former political ally turned up evidence of the couple’s financial manoeuvres

Two luxury properties are central to the investigation.

The first, the Pamplemousse villa on the Caribbean island of Saint Martin, was acquired by a Swiss trust in 1997. The couple initially denied owning the property, but Isabelle Balkany, 71, has now acknowledged that she bought it with an undeclared inheritance.

The second property, the Dar Gyucy Villa in Marrakech, is held by a Moroccan trust operated by Panamean company Hayridge, which is in the name of the couple’s right-hand man, Jean-Pierre Aubry.

The Balkanys denied that they are the real owners despite their regular visits. But they were found to be the “sole beneficiaries” of the home, where investigators found bathrobes embroidered with their initials.

The deception hid more than just a 2.75 million euro asset. Investigators found that the villa was paid for by Moroccan businessman Mohamed Al Jaber while he was negotiating a real-estate development deal in Levallois.

In another incident of corruption, a Panamean shell company paid 2.5 million euros to a Singaporean account. Investigators say the money is a commission paid to Patrick Balkany by a Belgian industrialist George Forrest for his help securing a mining contract in Namibia. Balkany denies the charges.

‘A network of offshore shell companies’

The Balkanys’ political lives have spanned four decades in their fiefdom in the Hauts-de-Seine, west of Paris.

Friends and foes have described Patrick and Isabelle, 70 and 71, as two parts of a whole. He is “the actor on stage”, and she is “the director”; He is the “marketer”, and she is “the back office”; He “the legs” and she “the head”.

Born one year apart after the war, they married in 1976. He, the son of Hungarian Jewish immigrants gave theatre a go before joining the family textile business. She, born Isabelle Smadja, grew up in a family that made its fortune in rubber.

Together they launched a campaign for councilor-at-large in the Hauts-de-Seine and later for mayor of Levallois, which had been until their victory a communist enclave. He was elected at the same time Nicolas Sarkozy was elected mayor of neighboring Neuilly. Isabelle is godmother to Sarkozy's son.

Patrick Balkany went on to serve simultaneously as a Les Républicains MP in the National Assembly.

But prosecutors say their criminal careers may be as long as their political ones.

While the trial will focus on the period from 2007 to 2014, investigators cooperated with European authorities to look much further back in the couple’s affairs, tracing bank accounts that migrated from Switzerland to Lichtenstein, Malta, and Singapore.

They were unable to trace all the assets, but judges say that Patrick Balkany was “the head of a network of offshore shell companies” put in place at the end of the 1980s (around the time he was first elected to the National Assembly).

Patrick Balkany admitted in 2016 that he had undeclared assets in Switzerland. He claims they are part of an inheritance.

They investigation also revealed that the couple spent significant sums of cash, including 87,000 euros paid to a travel agency.

The couple is accused jointly of fiscal fraud and “aggravated and habitual money laundering” and Patrick Balkany of “passive corruption” and “illegal taking of interest”.