The limits of Macron’s influence in Lebanon 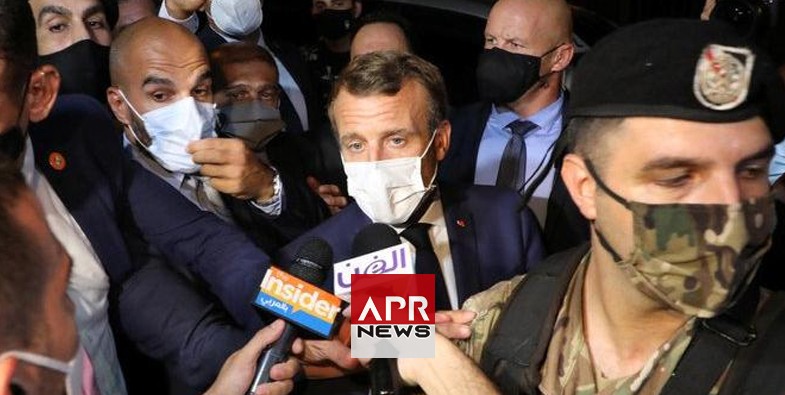 The limits of Macron’s influence in Lebanon

There was no mistaking the symbolism behind French President Emmanuel Macron’s trip to Beirut.

His Monday night arrival in the Lebanese capital marked his second visit in the space of weeks and coincided with the 100th anniversary of the country’s formation as a French colonial protectorate. Macron planted a cedar tree, an iconic emblem at the center of the Lebanese flag, with hopes for Lebanon’s “rebirth.” French fighter jets soared above the city in formation, trailing red and green smoke.

Though France relinquished its mandate over Lebanon in 1943, it retains an outsize influence in the country. Macron was the first world leader to arrive in Beirut two days after a mammoth explosion last month that rocked the capital. The city is still reeling from the devastation wrought by the blast, which killed more than 180 people, left tens of thousands of people homeless, destroyed its port and caused an estimated $4.6 billion in damage — all at a time when the country was already in the grips of economic collapse, a mounting hunger crisis and surging coronavirus infections.

On his first visit, Macron was swarmed by crowds of well-wishers and ordinary Lebanese furious at their own country’s political elites. The French president vowed to help get Lebanon back on its feet and push toward a new political pact to reshape the country’s government and implement necessary reforms. Before his arrival this week, the country’s patchwork of powerful factions agreed upon a new prime minister — Mustapha Adib, a diplomat serving as the Lebanese ambassador in Berlin — to take on the seemingly Sisyphean task of steering forward the country’s third government in less than a year.

The heated scenes of demonstrators clashing with security forces on Tuesday evening said everything one needed to know about public sentiment toward Adib, a relative unknown widely viewed as another hapless technocrat trotted out by the entrenched powers-that-be.

Macron seems keen to make do with what he can. “What I have asked for, what all political parties without exception have committed to this evening right here, is that the formation of this government will not take more than a fortnight,” he said in a speech in Beirut on Tuesday evening, after a day of meetings with Lebanese political leaders.

Macron told reporters that international aid to Lebanon would have to be conditioned on how the country’s political class pursued and enacted meaningful reforms — and that if substantive progress did not follow his trip, sanctions and more punitive measures could. He expects to return to Lebanon in December. “It’s the last chance for this system,” Macron told Politico Europe on his flight to Beirut. “It’s a risky bet I’m making. I am aware of it … I am putting the only thing I have on the table: my political capital.”

In Beirut, that political capital may indeed go far. “In 2020, the Lebanese government currently in the works is already being dubbed the government of Residence des Pins — the home of the French ambassador in Beirut and the seat of power of the former mandate’s high commissioners,” wrote CNN’s Tamara Qiblawi.

But Macron’s capacity to influence events is hardly that of a French colonial envoy from a century ago. “The political class understood Macron would come with an expectation that there would be a government formation process and a prime minister, so they preempted him,” said Emile Hokayem, a Lebanese political analyst, to my colleague Siobhán O’Grady. “But they also put [Adib] in as a fait accompli. Now Macron cannot come and dispute the appointment of Adib because that would be interference in the affairs of the sovereign state.”

“While President Michel Aoun, Speaker of Parliament Nabih Berri, and Hezbollah Secretary-General Hassan Nasrallah paid lip service to President Macron’s proposal, it is about as likely to be implemented and lead to a change in the entrenched political system as the U.N.-convened Syrian Constitutional Committee is to agree on amendments that will change the behavior of the Syrian regime,” wrote Randa Slim of the Middle East Institute. “In both cases, the political system has proven itself able to withstand internal and external pressure for change.”

“French diplomats admit they have little leverage. Macron hopes to charm and cajole Lebanon’s leaders into reform, with the prospect of aid if they comply,” explained the Economist. “History suggests they will not. His call for early elections may not bring change either. Civil-society groups and protesters have not established credible parties, and the complex electoral law, which allocates seats based on sect, makes it hard for newcomers to win power.”

In his interview with Politico, Macron seemed to accept the limits of his powers. He shrugged off calls, including from Washington, to use the moment to punish Hezbollah, the Iran-backed Shiite faction that remains one of the most powerful political parties in the country. “Don’t ask France to come wage war against a Lebanese political force … It would be absurd and crazy,” he said.

The French president paraphrased a line written by Italian Marxist scholar Antonio Gramsci: “The new is having a hard time emerging, and the old is persevering,” Macron told Politico. “We have to find a way through, that’s what I’m trying to do.”

His efforts may not be just about Lebanon. Macron has presided over a more assertive French foreign policy across a range of its former colonial spheres of influence. But much of his agenda looks troubled. France under Macron seemed to put too many of its chips on the wrong side of the Libyan civil war. His government is locked in a tense geopolitical standoff in the eastern Mediterranean with Turkey that’s adding further strains to NATO. And France’s efforts to bring political stability and security to the Sahel region remain fitful and unfinished. On the same day Macron was in Beirut, French security forces in Mali confirmed the death of a civilian killed during one of their anti-jihadist operations.

Experts, meanwhile, pointed to the declining political value of Beirut to Paris. “Not only does France not have significant economic ties to Lebanon — it ranks as only the sixth-largest exporter to the country — but Lebanon, now that the Palestinian question is on the diplomatic backburner, does not have the same strategic value it once held for France,” wrote Robert Zaretsky for The Washington Post’s opinion pages last month.

“For the moment, the French are far less enthusiastic over Macron than are the Lebanese,” Zaretsky added, writing after Macron’s trip to Beirut in the first week of August. “Shortly before his visit to Lebanon, only 39 percent of voters expressed confidence in Macron.”